Share
Technology & Science
Ocean research that affects things ranging from weather forecasts to insurance rates has been hindered or sidelined completely due to the impact of the pandemic.

There is a saying, among some scientists: "If you like your seven-day forecast, thank an oceanographer."

That's because, in a typical year, thousands of scientists head out onto and into the ocean to learn its secrets by studying things like the water's chemistry, marine life, and the structure of the ocean floor. Their findings help develop a better understanding of phenomena ranging from storm systems and marine heat waves, to long-term climate change.

Their findings don't just apply to field of ocean sciences, they affect everything from weather forecasts, to shipping schedules, to insurance rates for things like storm damage.

But, this year, because of COVID-19, trips by research vessels have been cancelled, maintenance of instruments located in the ocean has been limited, and field work postponed. All of this has scientists concerned about the resulting data gap.

"I feel like our glasses are very dirty, and they're getting dirtier as we speak," said Brad deYoung, professor of Oceanography at Memorial University.

He was supposed to be heading out into the North Atlantic to study ocean circulation and atmospheric gases when the pandemic lockdown happened.

"The ocean is a difficult place to measure. [It] requires more effort and expense to get to," he explained. "It's critical, because we can't understand it by just staring out at the ocean from the shoreline. We actually have to be at sea making these measurements."

That lack of data means things like the seven- to 10-day weather forecasts could be less reliable, because of the massive influence the oceans have on the atmosphere. Real-time information is needed to predict weather changes accurately.

"So when we miss these opportunities to see what's happening, then we're losing understanding and then losing the ability to respond," deYoung said.

He was also supposed to fly a drone into hurricanes offshore from Puerto Rico this year to take wind speed measurements and document characteristics of the ocean during tropical storms.

"This year we've seen 30 named storms, the most ever on record. And we had a Category Five storm at the end of November, which is just shockingly unusual."

Besides scheduled research being postponed, there are also dramatic and rare environmental events that are not being documented as fully as they normally would, such as when the Milne ice shelf collapsed in Nunavut in August. It was Canada's last intact ice shelf. Scientists also aren't able to as closely monitor glaciers calving or the changing water temperatures that are signals of climate change.

"I can redo an experiment, but you can't redo the ice shelf collapse experiment," deYoung said. "We're losing understanding … or just a recognition of the impact that climate change will have on the environment around us."

Climate change research depends on long time scales, which means data collected over years. Due to the pandemic's disruptions, 2020 could become a gap in that research.

"The lack of observations this year, I think, will be felt more in areas that are perhaps undergoing less rapid climatic change," said Emma Heslop, a member of the Global Oceanographic Observing System (GOOS).

There are still satellite images which are useful, for example, but they only offer surface data and don't give as good a picture of subtle changes that have an impact on our seasonal weather, climate extremes, ocean resources and health.

"I don't think we really have a grip yet on exactly how many observations have been lost globally," she said.

Remote research efforts are being hampered as well. There are thousands of instruments in the world's five oceans at any one time, from deep water ARGO floats, to buoys, gliders and drifters. It's a complex network of systems, instruments and people. Even simple things, such as the inability to replace batteries in remote instruments, are worrying researchers.

Heslop warns that even an estimated 10 per cent decrease in the number of operational ARGO floats alone is enough to cause concern. "These are critical observations, and as far as possible we need to ensure that they are maintained."

She says teams are trying to service and re-deploy deep sea assets before more batteries run out and data is lost.

Meanwhile, marine animal research, like monitoring seals tagged with transmitters and sensors, is expected to decrease by an estimated 50 per cent into 2021. 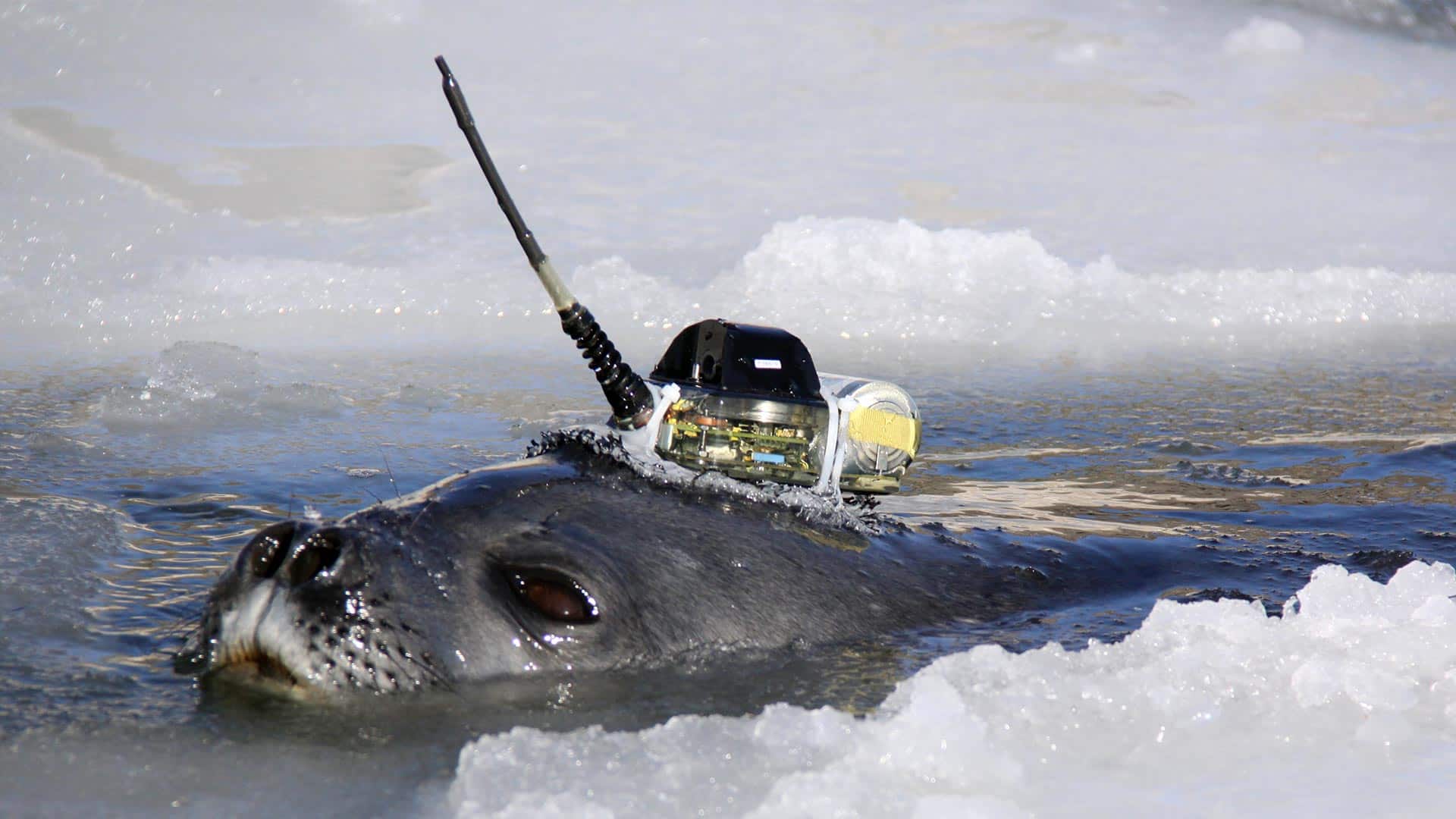 The impacts of the COVID-19 pandemic have been so extensive they're even being felt by climate scientists whose ocean-based research has been interrupted.5:40

GOOS released its annual report card outlining the state of the global ocean research networks. Not surprisingly, the pandemic features heavily. The report stated the need for cooperation between networks and nations to quickly get research efforts back up to full capacity once the pandemic ends.

In the meantime, the international community has managed to come together to minimize the impact as much as possible. Some instruments, like autonomous underwater gliders, are being deployed to help gather data from acoustic sensors, for example.

"The global ocean observing system showed quite a lot of resilience to these immediate impacts," Heslop added. "So I think that it's kind of a wake-up call to the observing system that we need to have greater flexibility."

Some larger research vessels, such as ships from Germany or New Zealand, have also been able to go out to sea. But COVID-19 protocols onboard such vessels mean they can only travel from home port to home port, making trips longer and with fewer crew members. For some scientists, it means getting half the data at twice the cost.

"Canadians have now had to depend more and more on international vessels. And some of those international vessels are now not allowing any scientists other than their own nationality on board," said Anya Waite of the Ocean Frontier Institute in Halifax, an interdisciplinary research hub that works to bring information from different networks together.

Or for the economy, since the data researchers gather is used for so many disciplines, from environmental to financial and commercial.

"What's really interesting is that most users of ocean data don't know that they're users," Waite said. "Oil industry, shipping, weather forecasting … all those industries and government agencies, lobster fishers, lots of people use ocean data."

It's called the "Blue Economy," sectors that rely on a constant flow of accurate ocean data. Insurance and financial companies, for example, use the data to assess risk or investment with weather patterns. Shipping companies rely on it to plot clear passage. Fisheries also need the data to forecast changing fish stocks.

"The blue economy is about healthy ecosystems that bring value to humans," Waite said, emphasizing the need to get researchers back on the water and resume gathering data as soon as possible.

As deYoung notes, "It's not a red flag warning, but a bright yellow warning."

With files from Tom Murphy

Get a load of this: NASA to test laundry detergent made for space