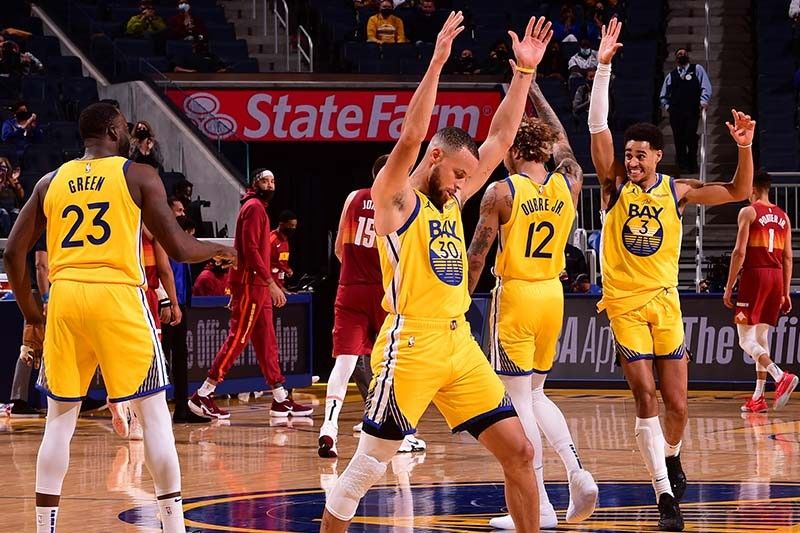 MANILA, Philippines — The Golden State Warriors welcomed fans back at the Chase Center in San Francisco with a 118-97 drubbing of the Denver Nuggets on Friday (Saturday, Manila time).

Led by a 32-point performance by Stephen Curry, the Warriors reached .500 anew with an even 30-30 slate.

Already missing Jamal Murray after a season-ending injury, the Nuggets also lost Will Barton to a hamstring strain in the game against the Warriors to further add to their injury woes.

Elsewhere, the Los Angeles Clippers tallied their fourth win in a row after a narrow 109-104 win over the Houston Rockets.

Paul George continued his fine stretch of games with 33 points and 14 rebounds in a game, which brought them only 2.5 games behind league leaders Utah Jazz.

In the other games, the Charlotte Hornets bested the Cleveland Cavaliers, 108-102.

Meanwhile, the Washington Wizards continued to lean on Russell Westbrook's triple-doubles in their 129-109 victory over the Oklahoma City Thunder.

In the last game of the day, the Memphis Grizzlies outlasted the Portland Trail Blazers, 130-128.

Ja Morant had 33 points, 13 assists and five rebounds in the victory.