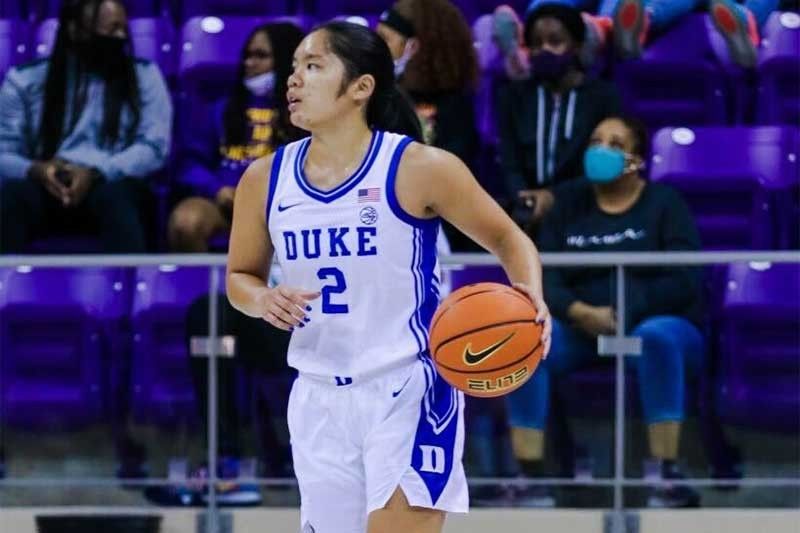 Going against Caitlin Clark and the Hawkeyes, the Blue Devils stood their ground and held the advantage for most of the 40-minute contest.

This despite a quick 8-2 lead by the Hawkeyes early in the game.

Filipino-American de Jesus finished with a respectable seven points in the contest in her 19 minutes as a starter.

She was efficient from the floor, hitting 3-of-5 shots in the game. She also had two steals, an assist, a rebound and a block.

Shayeann Day-Wilson and Celeste Taylor were the heavy lifters on offense for the Blue Devils with 19 and 17 points, respectively.

Clark top-scored for Iowa, which made the Sweet 16 last year, with 22 points. She led the US NCAA in scoring last season as a freshman for the Hawkeyes.

The Blue Devils thus improved to 2-0 in their head-to-head against Iowa, winning their only previous meeting in 2008, 71-47.

Duke also improved to a 7-0 start this season as the conference schedule looms.

Share
Previous Grizzlies destroy Thunder by NBA record 73 points
Next Quebec’s population is changing, but the makeup of the province’s police forces is not, data shows