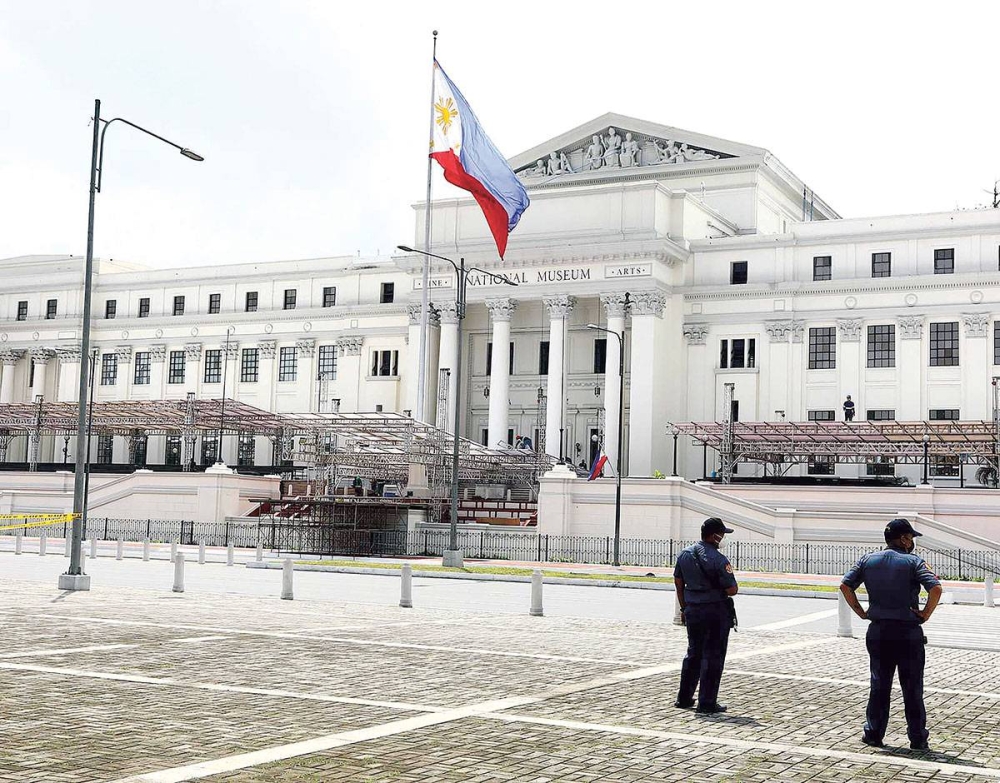 Preparations for the inauguration of President-elect Ferdinand Marcos Jr. continue in full swing on Tuesday, June 21, 2022, at the National Museum, which is tightly guarded eight days before the big day. PHOTO by MIKE ALQUINTO

A PHILIPPINE National Police (PNP) official called on the local government units (LGUs) around the city of Manila to consider declaring June 30, the day Ferdinand “Bongbong” Marcos Jr. will take his oath as president, as a non-working holiday.

PNP Director for Operations Valeriano de Leon made the appeal after Manila declared June 30 a holiday to give residents the chance to witness the historic oath-taking.

De Leon said the declaration of a holiday in the adjacent areas will make commuting less inconvenient not only for Manilans but other Metro Manilans as well.

He said PNP Officer in Charge LtGen. Vicente Danao Jr. thanked Manila Mayor Francisco “Isko Moreno” Domagoso for declaring the holiday “because this will be a big help to us in implementing the necessary security measures.” “We would like to appeal to the LGUs of the adjacent cities to consider doing the same for the benefit of our kababayan (fellowmen) who may experience inconveniences,” he said.

The measures will be enforced starting at 12:01 a.m. on June 26, while the Task Force Manila Shield will be activated on June 28.

There will also be a gun ban in Metro Manila from June 27 to July 2.

“For the licensed gun owners who have permit to carry firearms outside residence, we would like to remind them that the privilege of carrying their guns is temporarily suspended,” de Leon said.

“Our goal is to ensure that these people and groups will be denied any opportunity to strike,” he said.

The PNP has not detected any serious threat to the inauguration of Marcos at the National Museum, but de Leon said it will continue to validate reports as they come.

There will be fewer vetoed bills by Malacañang in the 19th Congress, Majority Leader and …