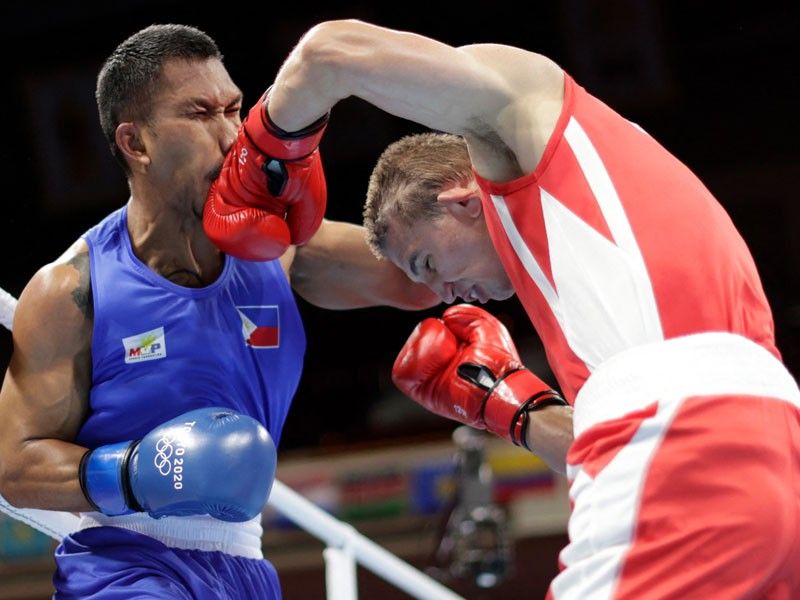 TOKYO – Eumir Marcial’s journey as Demolition Man in the Tokyo Games ended at the hands of Ukranian Freight Train Oleksandr Khyzhniak in a brutal showdown.

Marcial got the edge in the first and the second rounds, but Khyzhniak refused to stop fighting and salvaged the split decision that kept his amazing streak as the No. 1 middleweight in the world.

Losing steam and consequently beaten in the third round, Marcial settled for the bronze, but promised not to stop the chase for an Olympic gold just yet.

“If given the chance to fight in the Olympics again, I will go for it,” said Marcial, gracious in defeat, admitting he lost to a better fight.

“Masasabi kong talagang malakas siyang fighter, and he deserved to win,” he said.

For three rounds, the two brave fighters traded power shots for power shots in what’s easily one of the best-fought bouts in the tourney that got the crowd on the edge of their seats.

Marcial gained the 3-2 edge in each of the first two rounds, putting the Zamboanga City native a round away from becoming the third Filipino boxer to enter the Tokyo Games final.

The Ukranian, however, just won’t fold up, pursuing a fight that Marcial lost as he faded away in the third.

All judges gave the third round to Khyzhniak, allowing the Ukranian to wipe out the edge taken by the Pinoy early on.

Australian judge Maksim Sulejmani scored it 30-27 and Peru’s Miguel Bobadilla and Kazakh Bakytzhan Bekpenbetov both saw it 29-28 for the Ukrainian.

Cuban Wilfredo Calero and Colombian Wulfren Perez, meanwhile, gave it to the Filipino both at 29-28.

Marcial said he started to lose steam and energy after Khyzhniak’s head accidentally slammed to his face.

As winner of the bronze, Marcial said he, his family and his fiancée would savor it like the gold.

He plans to get married soon and pursue a pro career while awaiting another shot at the Summer Games.