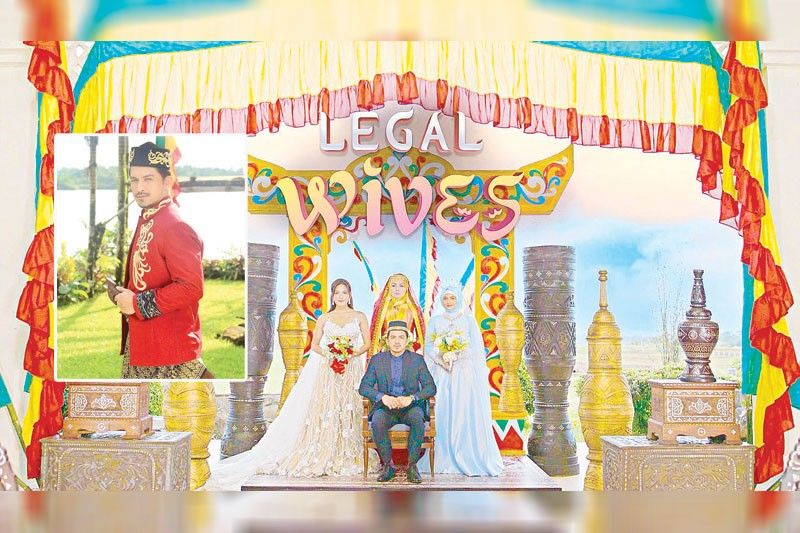 His Legal Wives character named Ismael Makadatu invites viewers to the world of a Maranaw royalty. Dennis Trillo has to “disappear into the role” for everyone to see it — and understand Ismael’s life purpose to redeem, love and protect women.

What also generates curiosity is how the choices of the actor’s character are being shaped by circumstances and culture. Legal Wives premieres tonight on GMA Telebabad.

“I also look at the entirety of the story,” said Dennis about his considerations when accepting a project in a virtual media call. “Whether the role is small or big, I think it doesn’t matter. What’s important is the significance of the role and the learnings viewers can get from it. Para sa akin yun ang mas mahalaga. Pero siyempre, kailangan mo ring piliin yung mga ginagawa mo dahil importante rin na ma-in-love ka dun sa proyekto bago mo (ito) magawa ng mabuti talaga.”

Perhaps, the love for his craft is the real ingredient why Dennis always delivers. The actor has established a solid love affair with acting. Based on his body of work, he seems not afraid to explore uncharted roles and themes that deserve to be told. Dennis brings his A game again.

“Sinusunod niya yung relihiyon by the book (He follows the teachings of his religion by the book),” shared Dennis of Ismael. “Actually, the name Ismael (was derived) from the Hebrew word Isma, which means hearer, taga-pakinig, while eel means Allah. Ismael is hearer of God or hearer of Allah in Islam. Kaya ganun din siguro siya… Talagang pinapakinggan niya ang bawat utos at sinusunod niya yun (He listens to every command and obeys it).”

Although having three wives is allowed by his culture, the conflict arises when Dennis’ Ismael falls for a Christian woman. He is torn between love and social norms. Alice Dixson and Bianca Umali play the Muslim wives Amirah and Farrah, respectively, while Andrea Torres is the Christian one, Diane.

“Kung ano ba ang mas pananaigin niya, yun bang relihiyon at kultura o yung paiiralin niya ang puso niya (He has to weigh in on the importance between religion and culture, and love, and find out which one should prevail.) You will be able to witness his dilemma and how he handles it.”

Given the male lead’s predicament, the Legal Wives narrative is more than the usual tale of relationships. At its core lies a family drama, replete with competing voices (from the wives and Ismael) and hopefully complementing ones towards the end.

Aside from understanding his character’s inner conflict, Dennis had to acquaint himself, too, with Ismael’s recognizable characteristics like speech.

“Many Maranaw terms were incorporated into the script, they came from Sunnah and Qur’an,” recalled he. According to some sources, Sunnah refers to Prophet Muhammad’s sayings and practices, while Qur’an is a religious text. Muslims consider them as sources of knowledge. “That’s why we also needed help from others. We had consultants, who guided us, on set like kung papaano ba ito bigkasin (how particular words should be pronounced). They’re not ordinary terms, meron (silang) tono, meron (silang) tamang enunciation at syllabication na kailangang sundin… They had to be pronounced correctly.” That’s why working on the Legal Wives set was also like a learning place to Dennis, who was committed to represent the voice of Ismael.

“Every night, we would memorize (everything on the) script,” said he. “Before I went to sleep, and I knew I had long lines (to deliver) the next day, I would read them at night and in the morning para di ko (sila) makalimutan at (para) ma-absorb ko yung lahat nung information na yun at ma-i-kwento sa iba.”

Although he has done acting on TV and films has for many years, Dennis needed some time to get a grip of Ismael. To immerse in his character, the actor reminded himself of “the significance of my role, the voice (or the message) I want to put across to viewers, gusto kong maipahayag nang maayos yun sa kanila. That’s why I worked very hard in every scene.”

Before getting on board, Dennis had doubts in accepting another drama project. “I just finished working on a bit heavy show, an action-drama,” said he. “After that, I was expecting that I would be doing something light like rom-com. I doubted myself if I could do it, medyo mabigat yung (Ismael) role.”

However, after giving the script another read, the actor realized that he should not pass up this opportunity.

“Maganda yung kwento (nito), maganda yung mensahe (nito) sa mga manonood, maganda yung mga aral na mapupulot dito (The story, the message behind it are beautiful and so are the lessons to be learned),” added Dennis.

As for his personal takeaways from playing Ismael, Dennis said, “Ang importante (ay) yung pagmamahal, whether anong race pa yan, anong kultura pa yan, anong relihiyon pa yan (What matters is to love someone regardless of a person’s race, culture and religion).”

“Ang importante yung puso ng tao, kung gaano (ito) kabusilak at kung papaano niya minamahal at pinakikisamahan yung mga tao sa paligid (What matters is how pure a person’s heart or intention is, and how he or she loves and treats people around him or her). All this is what I want to share through my character to the viewers,” added he