DepEd: No final date yet for start of classes next school year 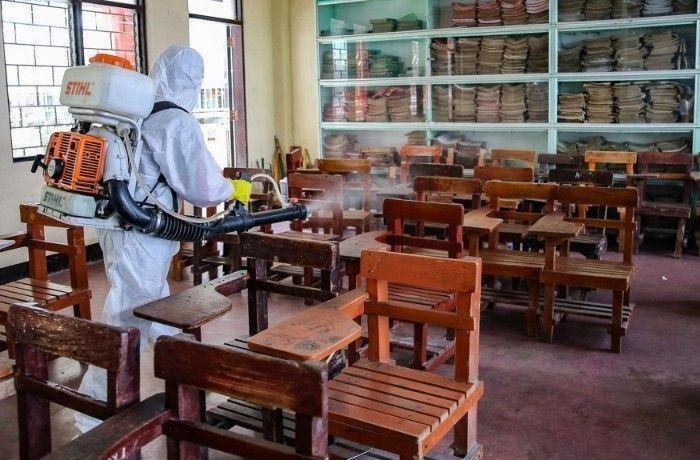 MANILA, Philippines — Amid concerns from stakeholders over a proposal to start School Year 2021-2022 on August 23, education officials on Friday stressed that the date is only one of the options up for President Rodrigo Duterte's consideration.

"The Department of Education (DepEd) would like to emphasize that the President has the final decision on the opening of the school year, in accordance with Republic Act 11480," a statement released by the agency read.

"The August 23 start date proposal is only one of the options since DepEd is mandated to open the school year not later than the last day of August under the same law unless the President intervenes," DepEd added. "We will be proposing various options for the President’s consideration."

If the following school year does reopen on August 23, the usual two-month break in between school years will be cut to six weeks.

"Nonetheless, we are still conducting policy consultation and review with concerned stakeholders to determine the most appropriate course of action on this matter," DepEd said, adding that official guidelines for the coming school year will be announced soon.

The Alliance of Concerned Teachers in a statement Tuesday urged the department to "give due consideration to the well-being of both teachers and students."

"The extension of the current school year is already requiring teachers to render 77 working days of overtime, without a single day of leave benefit," the group said. "DepEd has yet to provide answers on how it plans to grant teachers their rightful leave benefits and overtime pay."

Despite this, the group said DepEd is "already presenting another problem" by reducing teachers' proportional vacation pay from 80 days worth to only 59, including the 16-day Christmas break.

While acknowledging education continuity as its top priority, ACT warned that "[p]ushing our teachers beyond their limits could prove to be counterproductive to achieving our goals as it can lead to the undoing of the very backbone of educational continuity."