Depicting fashion’s present and future in a single collection 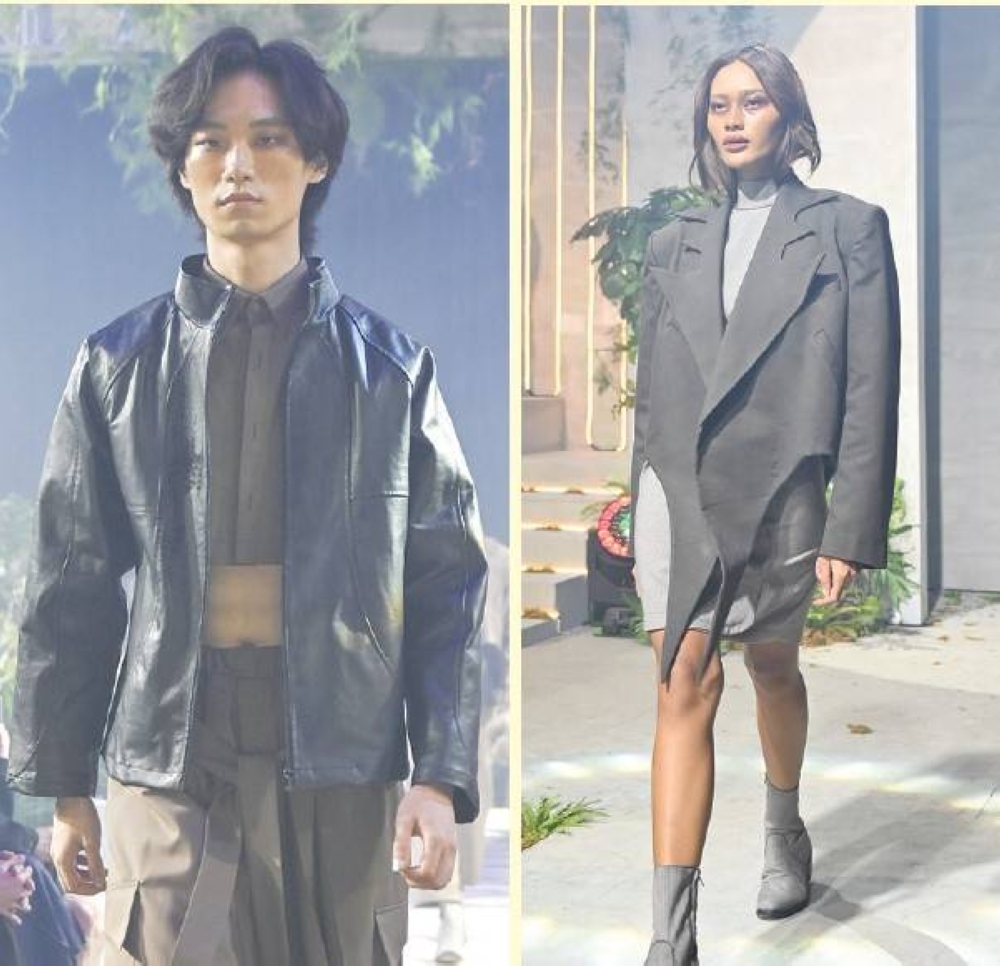 Fashion future and present come together in thisclassic leather jacket and restructured cargo pants forhim, and vice versa for her.

Present and future collided as Co presented his debut collection of high-fashion streetwear, taking inspiration from the déjà vu phenomenon. Fittingly dubbed “Memoirs of the Future,” the fall 2022 collection marked the birth of his Archives fashion label.

“I chose the brand name Archives because the clothes I design are timeless and lasting pieces, and in themselves, a collection of historical records,” the promising 21-year-old director of design explained.

Inviting as a “fashion presentation beyond the traditional runway,” Co's show did not disappoint as a multisensory experience. With the help of fashion show director Frank Mamaril, Co achieved his concept of time travel in the production.

Mounted at Whitespace Manila in Makati City, which was visually transformed into a portal, guests were given a glimpse of fashion's future through Co's collection, curated by Archive's creative director Reika Mayani.

The talented instrumentalists of Manila String Machine tied this multi-sensory experience together with classics from Vivaldi (The Four Seasons, Concerto No. 2, “Summer” III) interlaced with contemporary beats as the sound of the future-meets-present concept.

Memoirs of the Future presented a total of 44 pieces, dramatically divided into segments. The opening saw a parade of black that provided an introduction to the designer's take on unconventional proportions. Outerwear was reimagined into oversized pieces with obi belts and curved cut lapels that comprise the designer's signature touch. 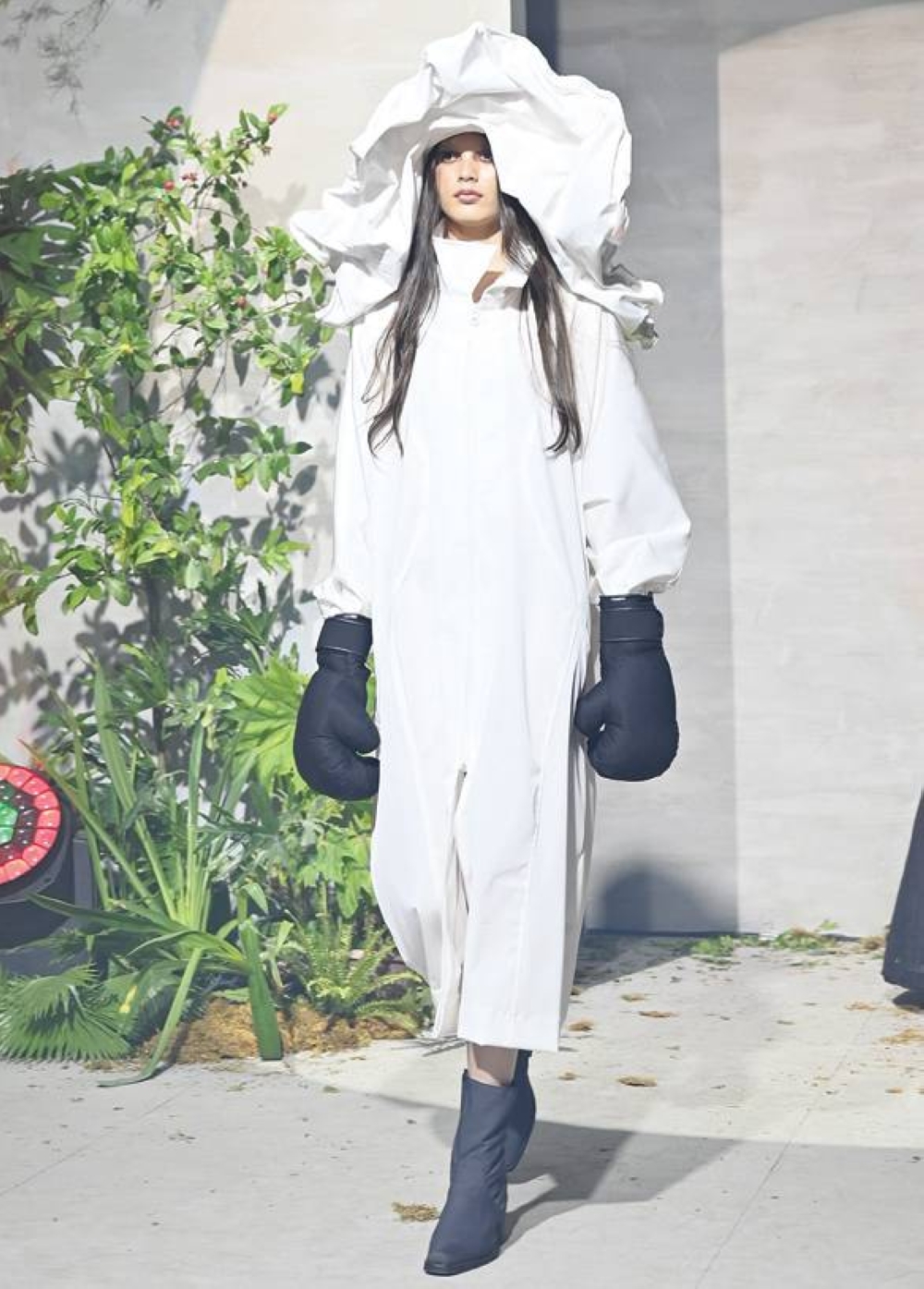 Breaking the dark and gloomy suites was a single white garb that formed a flouncy hoodie atop the head, dramatically resembling a precious white cloud.

The rest of the suites saw Co's play on neutrals and fall dressing, pairing, for example, a classic black dress with a trench or puffer coat, and restructured cargo pants with a suit or leather jacket.

Ending the show was a display of Co's gray ensembles that reflected a hip young vibe that is sophisticated at the same time.

More pieces from Ellis Co's Memoirs of the Future are available on the label's official Instagram page, @archives.galerie.