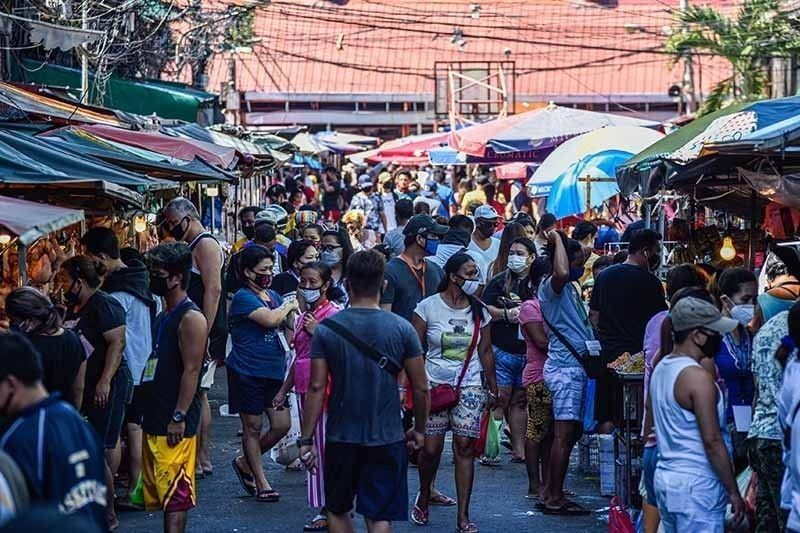 MANILA, Philippines — Palace on Monday said Filipinos cannot choose which coronavirus vaccine they would opt to take, defying public opinion on nearly a majority unwilling to take the jabs due to concerns on its safety.

The administration's new pronouncement comes as doubts continue to prevail over the Chinese-made Sinovac it procured at 25 million doses, which at 50% efficacy rate is the lowest yet and is the second most expensive among the jabs it is eyeing.

(The public can't choose because we don't have control over which vaccines would first arrive and this also comes free. While it is true that we all have the right to good health, we can't be picky because many Filipinos have to be inoculated.)

The Duterte administration has set a high target of vaccinating 50 to 70 million Filipinos this 2021, with two deals only recently signed with Sinovac and Covavax for 30 million doses.

Officials have also come up with a priority list of 35 million Filipinos first to get the jabs once available, including health workers, government employees, senior citizens and others most vulnerable to the virus.

Roque said those who would reject receiving what will be first available will have to wait back in line along with the general population.

(You will have to sign a waiver that you were not vaccinated. And if you are part of the priority and you opt not to, you would lose this priority status and will have to wait with the rest waiting for other vaccines.)

Vaccine czar Carlito Galvez Jr. at the Senate inquiry said at least two million may be inoculated by April, but he did not say from which drugmaker.

In the previous months, he has said that Sinovac may be the first to arrive in the country. Roque, in the same briefing, also said that an initial supply of 50,000 of Sinovac could reach the Philippines by February.

The administration's seeming preference for the Chinese-made jabs despite its low efficacy has long been questioned, including by lawmakers.

Add to that, a recent Pulse Asia survey also revealed that 47% of Filipinos were unwilling to get vaccinated, while only 32% said they would allow themselves to be inoculated.

Dr. Tony Leachon, a former coronavirus task force advisor, in a tweet warned that vaccination efforts in the country and its goal of achieving herd immunity could suffer from the administration's move to buy jabs "contrary to the people's preference."

"Based on surveys, the people clearly voiced out vaccine hesitancy," he wrote. "The message is clear: they want efficacious and safe vaccines."

Three drugmakers have so far applied for emergency use in the country: the American-led Pfizer, British-Swedish's AstraZeneca and Russia's Gamaleya.

Sinovac developers have yet to release global results from the tests conducted, which are also being done in Chile and Indonesia.

The initially reported efficacy rate of the Sinovac jabs in Brazil study was well below the efficacy of vaccines from Pfizer and Moderna. Palace, however, has insisted that Sinovac’s vaccine is proven safe and efficient.

Health officials have since said that they would hold a massive information drive on vaccine safety and efficacy, after years of vaccination efforts affected from unsubstantiated fears from a botched dengue vaccination program. — with reports from Gaea Katreena Cabico

Follow this page for updates on the issues surrounding the COVID-19 vaccination program in the Philippines. Main photo from AFP/Yaksin Akgul.

British-Swedish pharmaceutical AstraZeneca has applied for emergency use authorization of its COVID-19 vaccine in the Philippines.

AstraZeneca, along with its partner Oxford University in England, has so far made 50 million doses of its vaccine. In November, the British laboratory announced that its vaccine was on average 70% effective.

The Armed Forces of the Philippines terminates its investigation into the unregulated Sinopharm vaccination of President Rodrigo Duterte's security detail following the chief executive's order not to cooperate with the probe.

Share
Previous Galvez: Deployment of Pfizer, Moderna jabs may only be in central hubs due storage issues
Next Paulo Avelino says Janine Gutierrez is ‘newest Kapamilya’