DFA in 2020, mounting one of PH’s largest repat flights 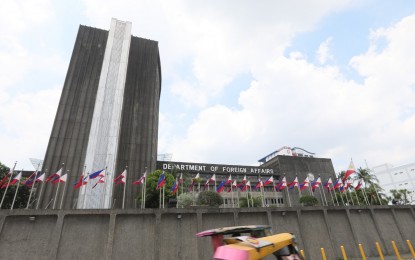 MANILA – As the coronavirus disease 2019 (Covid-19) pandemic shuttered businesses and displaced workers across the globe, among the hardest-hit are migrant workers, some of whom had no choice but to return home.

Following this, the Department of Foreign Affairs (DFA) in February began its Covid-19 repatriation, sending home some 30 Filipinos stuck in Wuhan where SARS-CoV-2, the virus causing Covid-19, was first detected.

It mounted its second repatriation flight for over 400 Filipinos quarantined inside MV Diamond Princess when an outbreak started in the luxury cruise ship early February.

Since then, several chartered and commercial flights sponsored and facilitated by the agency have brought thousands of distressed Filipinos back to the Philippines.

“The repatriation effort of DFA is unprecedented and perhaps one of the biggest if not the biggest of its kind in the world,” Foreign Affairs Undersecretary Sarah Lou Arriola told the Philippine News Agency.

“We even had to repatriate in countries like Uzbekistan where we do not have an embassy nor an honorary consul,” she added.

As of December 30, a total of 323,436 OFWs were able to return since the pandemic started. This accounts for 59 chartered flights and 1,200 commercial flights around the world.

An abused and trafficked OFW named “Courage” also won a criminal case against her Malaysian employers who were convicted by a Malaysian court for trafficking.

Arriola is hopeful 2021 “will be a better year for everyone and that we will have a more robust reintegration program”.

“May this pandemic serve as a reset in our migration policy. We are hoping that trafficking in persons and illegal recruitment will eventually be curbed since the disadvantages of being irregular or undocumented have never been more pronounced than in this crisis,” she said.

Before 2020 ended, the Philippines and the family of Jeanelyn Villavende also attained justice after the Kuwaiti Court of First Instance on December 30 sentenced the Filipina’s female employer to death by hanging and her male employer to four years in prison.

The 26-year-old Villavende died in December 2019 at the hands of her employer who tortured and locked her up in Kuwait.

The OFW was already dead when brought to a hospital, with attending nurses reporting that she was “black and blue”.

Villavende’s tragic death triggered outrage and shock, prompting the government sometime in January to implement a deployment ban to Kuwait.

For the Philippine Embassy in Kuwait, the court decision serves as a reminder that “no Filipino is a slave to anyone, anywhere and everywhere, and that justice will always come to the defense of the week and oppressed”.

Concerns over peace and stability in the Middle East were also at a high in January 2020 following the death of Iran’s elite Quds military force, Major Gen. Qassem Soleimani, during a US airstrike in Baghdad and following the ballistic missiles attack launched by Iran that hit two military bases in Iraq.

The DFA hoisted crisis alert level four for Filipinos in Iraq, with the Philippine Embassy in Baghdad tasked to effect the mandatory evacuation of Filipinos estimated at 1,640 in that country.

As tensions escalated in the region, President Rodrigo Duterte at that time even designated Environment Secretary Roy Cimatu to oversee the Philippines’ repatriation efforts.

Some 13 Filipinos were repatriated since the crisis started in the area.

In August 2020, a warehouse in Beirut storing around 2,750 metric tons of ammonium nitrate also exploded injuring over 6,000 and killed over a hundred people, four of whom were Filipino nationals.

Since the explosion, the DFA repatriated a total of 703 distressed Filipinos from Lebanon, some of whom were displaced or either too traumatized to work in the area following the deadly blast.

Aside from protecting Filipinos abroad, the DFA this year continuously asserted the country’s rights in the disputed South China Sea.

On the fourth anniversary of Manila’s arbitral win against China’s vast claims in the region, Foreign Affairs Secretary Teodoro Locsin Jr. declared that the award is “non-negotiable”.

He said that the tribunal “authoritatively ruled that China’s claim of historic rights to resources within the sea areas falling within the nine-dash line has no basis in law.”

During the 75th Session of the General Assembly in New York, Duterte underscored that the landmark decision “is now part of international law, beyond compromise and beyond the reach of passing governments to dilute, diminish or abandon”.

With this development, he said government agencies must now double its efforts and make the subject a future UN agenda item.

“We must be prepared to take further steps to concretize what the President has just said and that will take a lot of preparations and negotiations with other delegations. (We must) ensure that the issue will become an agenda with the UN,” he earlier said.

The 2016 ruling issued by the Hague-based Permanent Court of Arbitration invalidated China’s nine-dash line that claims about 80 percent of the resource-rich South China Sea.

In 2020, the Philippines also initiated the abrogation of the Visiting Forces Agreement with the United States, a decision that came after Duterte threatened to terminate the accord following the revocation of Senator Ronald dela Rosa’s US visa, the former Philippine National Police chief who implemented the administration’s crackdown against illegal drugs.

As the pandemic continue to rage on the background, the Philippines in June decided to suspend the abrogation. The suspension was extended for another six months in November.

In a statement following the extension, Locsin said this would allow both states “to find a more enhanced, mutually beneficial, mutually agreeable, and more effective and lasting arrangement on how to move forward in our mutual defense”.

Manila and Washington signed in 1998 the VFA, which gives clear instructions on how visiting American troops should be treated in the Philippines.

Under the agreement, US forces are not subject to passport and visa regulations when entering and leaving the Philippines. Their permits and licenses are also deemed valid in the Philippines. (PNA)