DICT says VaxCertPH may be open to all

DICT says VaxCertPH may be open to all 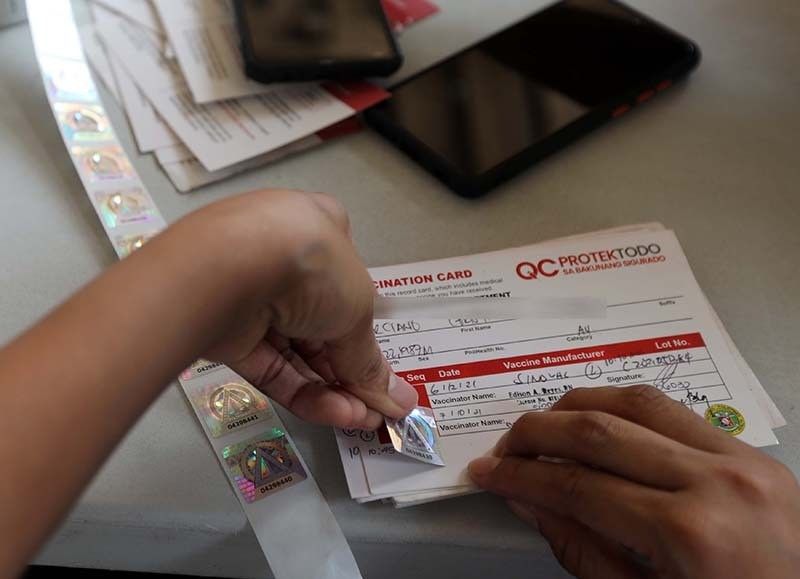 MANILA, Philippines — The portal and mobile application for the issuance of digital vaccination certificates may be available to the public next month, an official said Tuesday.

VaxCertPH, which was designed to address the lack of uniformity in certificates that indicate a person's vaccination status, was launched this week in Metro Manila and Baguio but for now, it only serves overseas Filipino workers and international travelers.

Department of Information and Communications (DICT) Undersecretary Manny Caintic said his agency is monitoring local governments' response with regard to requests for data rectification and is improving some processes so they can be perfected before the nationwide launch.

"Perhaps within October… we will try our best. As I said earlier, our main objective is not so much on the system per se but on the readiness of the LGU (local government unit) to be able to rectify the records that they sent to us anyway," Caintic said at a press briefing.

"It is also on them, the onus is with them to rectify the records that they own and they put. So we have a system in place also for data rectification which we have taught the NCR (National Capital Region) and we have actually taught many LGUs already in advance," he added.

Caintic said a digital vaccination certificate would contain personal and issuance details, vaccination status, an ID number, dose number, date of vaccination, type and brand of vaccine, name of vaccine manufacturer, and the country where the holder was inoculated. It will also use a QR code with security features and can be accessed through a self-service portal.

"For now, only those who are fully vaccinated can generate their VaxCertPH," Caintic said.

Caintic clarified that the digital vaccine certificate is not an immunization passport but is just a proof that a person has been vaccinated in the Philippines and his data are recorded in the vaccine information management system. He said the certificate won't supplant the national ID system so the bearer should still show his or her passport or other proof of identity when traveling.

"For now, the VaxCert won't replace the yellow card issued by the BOQ (Bureau of Quarantine) for other vaccines," the information and technology official added.