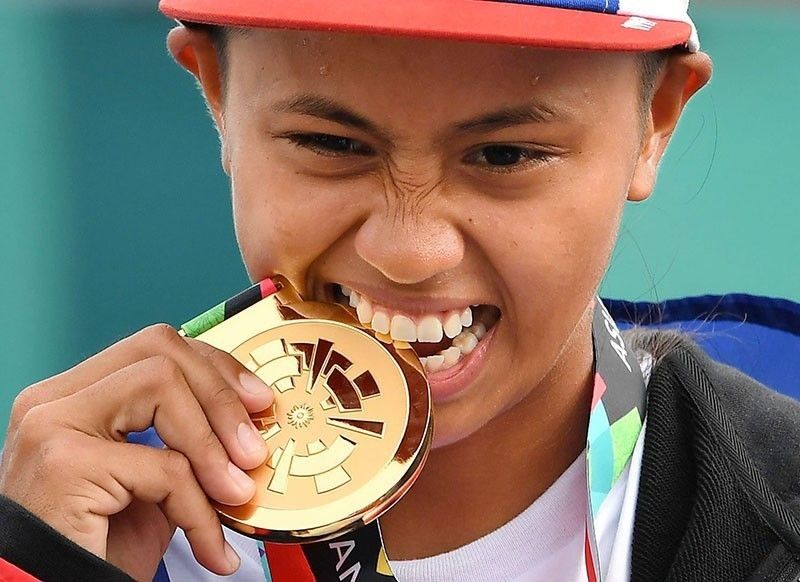 MANILA, Philippines — Margielyn Didal received the highest honors in the first-ever Asia Skateboarding Awards after bagging the title of Asia's Skater of the Year.

A two-time gold medalist in both the Asian Games and Southeast Asian Games, Didal bested seven other nominees including compatriot Cindy Lou Serna for the plum.

The citation nets her a prize of $1,500 (approximately Php 73,000) and reasserts her dominance over fellow skaters in the region.

Didal bagged two other awards announced yesterday, nabbing the "Style for Miles" and "Fastest Feet in the East" plums.

The two awards earned the Tokyo Olympic hopeful a total of $300 (approximately Php 14,500).

The 21-year-old recently went on the online Philippine Sports Commission Hour and expressed her confidence in making it to the Summer Games.

Didal is currently ranked 14th in the world and will automatically qualify should qualifiers be called off due to her high place in the rankings.