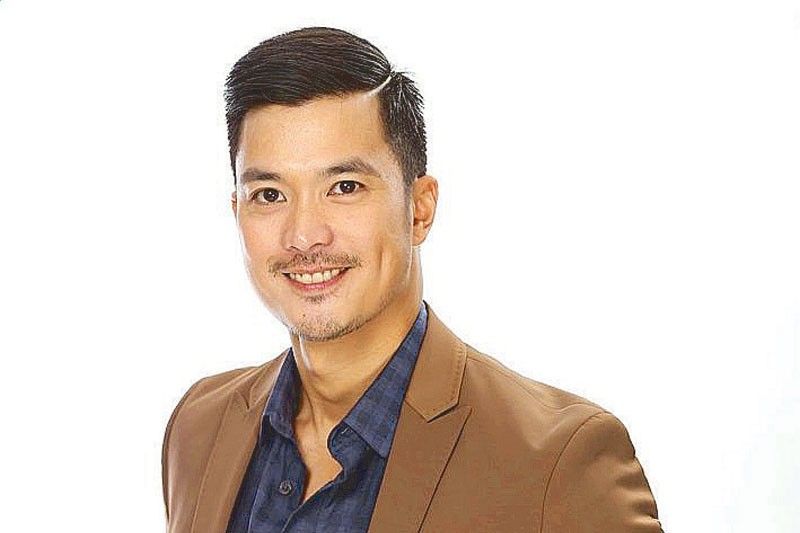 Immediately after Diether Ocampo finished reading the script for his role in Huwag Kang Mangamba, he realized that there’s still one aspect of his life that he needed to focus on — his faith.

Huwag Kang Mangamba is ABS-CBN’s latest inspirational offering following May Bukas Pa, Starla and 100 Days to Heaven. The series aims to show how God’s miraculous love is found in the simplest of things and to remind people that they are never alone in facing life’s challenges and trials.

“To be honest, I was busy doing some conditioning physically and mentally when this project was offered to me,” said Diether. “And when the story was revealed to me, I realized that there’s still one aspect of my life that I have yet to train for — my faith. That’s why, spiritually, I also have to do some training for it and so, I became focused on that the whole time (while taping the series).”

The actor felt that the project also serves as a reminder for him to improve his spiritual wellness. “I also have to renew my faith,” stressed Diether whose last TV acting appearance was in 2013 with Piolo Pascual and Angelica Panganiban in the drama series Apoy Sa Dagat.

Ever wonder why you haven’t seen Diether in a long while? Well, there’s a good reason why the brilliant actor took a break from showbiz.

“Hindi naman ako nawala. I just became too busy learning new things, to improve myself. In my case, I’ve been doing some trainings mentally and physically.”

For those not in the know, Diether earned a rank as a lieutenant commander of the Philippine Coast Guard Auxiliary after undergoing indoctrination ceremonies, trainings, orientations and outreach activities in 2019. He, too, completed the seafarer’s training conducted by the Philippine Center for Advanced Maritime Simulation and Training.

Diether also became quite busy finishing his flight school and, in fact, he should be a licensed pilot by now if not for the pandemic. “I was supposed to get my full license as a pilot and because of these challenging times, everyone has to adjust.”

Before the pandemic hit globally, Diether also had his hands full with activities outside of showbiz like participating in various art exhibits, the most recent one was at Pinto Art Gallery in Antipolo City.

“I’m more excited to come back in front of the cameras and I would like to thank Dreamscape Entertainment for this opportunity,” he declared.

In regards to speculations that he became too picky with acting projects that caused his long hiatus from showbiz, Diether said, “Not at all. To be honest, maliit lang naman ang ating ginagalawan kaya walang masamang tinapay dito sa atin. It’s just sometimes, schedules don’t fit (with the others) or minsan hindi talaga akma ‘yung character na binibigay sa atin.”

He expressed his heartfelt gratitude for being part of Huwag Kang Mangamba and declared that everything just fell into place even in this time of pandemic. He, too, is thankful to directors Jerry Lopez Sineneng, Emmanuel Palo and Darnel Villaflor for their all-out support to actors.

What amazed him the most during their taping was the impressive acting performances of Andrea Brillantes, Seth Fedelin, Francine Diaz and Kyle Echarri, collectively known as the Gold Squad.

“They remind me so much of our early days in the industry and how we started. They’re a good reminder of how far we’ve gone but of course, there are still lots of work to do and this is really a timely project for all of us.”

(Huwag Kang Mangamba airs weeknights at 8:40 on TV5 and A2Z Channel. Viewers may also watch it on the iWant-TFC app and website, digital boxes like ABS-CBN TVplus, cable and satellite TV via Kapamilya Channel, Kapamilya Online Live on ABS-CBN Entertainment’s YouTube channel and Facebook page, and on The Filipino Channel on cable and IPTV.)