MANILA, Philippines — Director Easy Ferrer sees the steady rise in number of Boys Love (BL) series in the local filmmaking scene as an opportunity to present to the audience more stories and more aspects of the genre other than the usual romance-filled narratives.

“Actually, there are more pros than cons in having a lot of BL content since we have so many good stories to tell and not just about pain and tragedy. We also have beautiful endings,” began direk Easy. “The spectrum is so wide for all of us to tell our stories to everyone. It’s not always painful because we also feel kilig, we also feel love and longing and we also have forever. It’s actually a good time.”

In fact, the director was happy with the result of his work in Ben x Jim, the Regal Entertainment-produced BL series that gained over a million views for each of the seven episodes streamed online last year. It has a new season, titled BxJ Forever, with eight episodes that began streaming worldwide via Upstream.ph last Feb. 12.

“Maraming nabitin sa first season because it was not a happy ending. It was told from Ben’s (portrayed by Teejay Marquez) point of view. This time, it’s Jim’s (Jerome Ponce) side of the story na more grounded and bittersweet tale about moving on.” 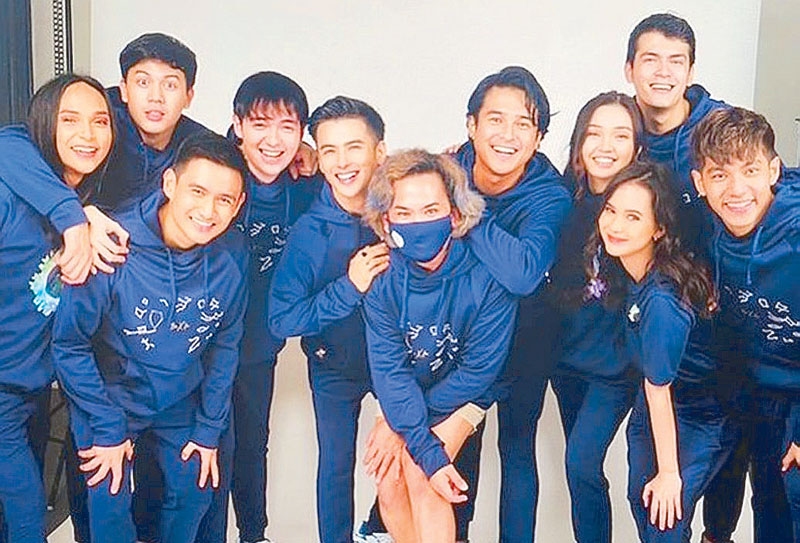 He pointed out that LGBTQ+ stories before were treated as either comedy or tragedy. “But here, we present it just like any other romantic stories to show that we are just the same, normal (individuals).”

He added that it is high time for their story to be highlighted “for us to tell the world that our stories are also valid; that we’re also normal.”

He shared that BxJ somewhat redefines the stories of the LGBTQ+ community. “May kilig and also may sexual tension, it’s a given at hindi pwede mawalan n’yan but still may depth ang story.”

Asked about his greatest worry while working on the new season, direk Easy said he had a hard time deciding on whether to include the fairytale kind of love or not “kasi medyo baka mawalan kami ng audience kung walang kilig so I decided to keep the kilig (factor) but more on grounded kilig. I just hope na sundan pa rin kami ng tao in this new season.”