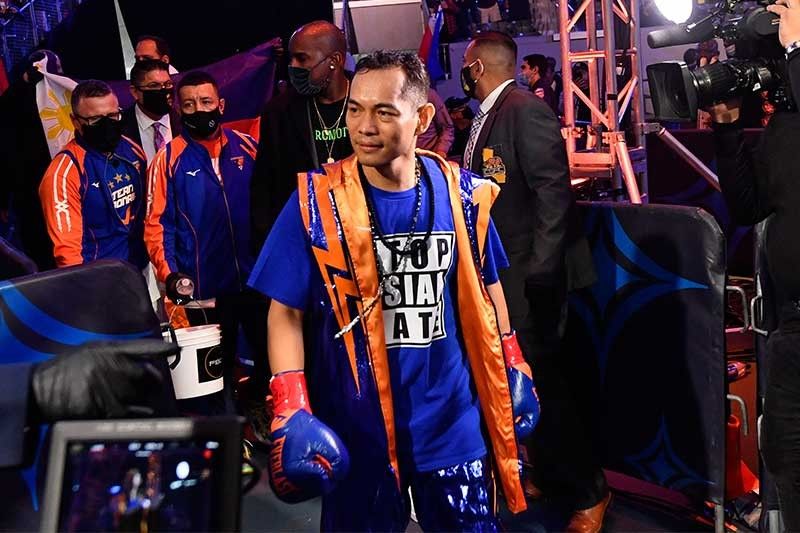 MANILA, Philippines — When Nonito Donaire cancelled a potentially explosive all-Filipino unification bout between him and John Riel Casimero, boxing fans from the country and around the world were disappointed.

But Donaire was adamant that regardless of what the fight would've meant to Philippine boxing and the rest of the sporting world, he couldn't push through with fighting someone who had disrespected his family.

In June, the 38-year-old claimed that Casimero and his camp hurled insults at Donaire's wife Rachel even allegedly telling her to "snack on his d—".

Knowing his virtues, Donaire was unable to stand idle and completely threw away the idea of fighting his compatriot, who he also had disputes with about drug testing.

"We made the decision during that time because I stand [against disrepecting women, and support testing for all boxers]," Donaire told Noli Eala.

"It's because of what she (Rachel) has done for me throughout the years, through all the time na kasama ko siya," he added.

Having been with his wife since 2008, Donaire said that she had been in his corner since the beginning, and him taking the stand against Casimero was just one of the times he repaid all those times that it was his wife that protected him.

"This is just a little part of what she's done for me. As a man now I have to stand and protect her and my family," he added.

After the fiasco with Casimero, the WBC has since ordered Donaire to face interim champion and fellow Filipino Reymart Gaballo.

Share
Previous “It’s Okay to Not Be Okay” Is Nominated for the 2021 International Emmy Awards
Next Commentary: 2014 EDCA enables 1951 MDT commitments