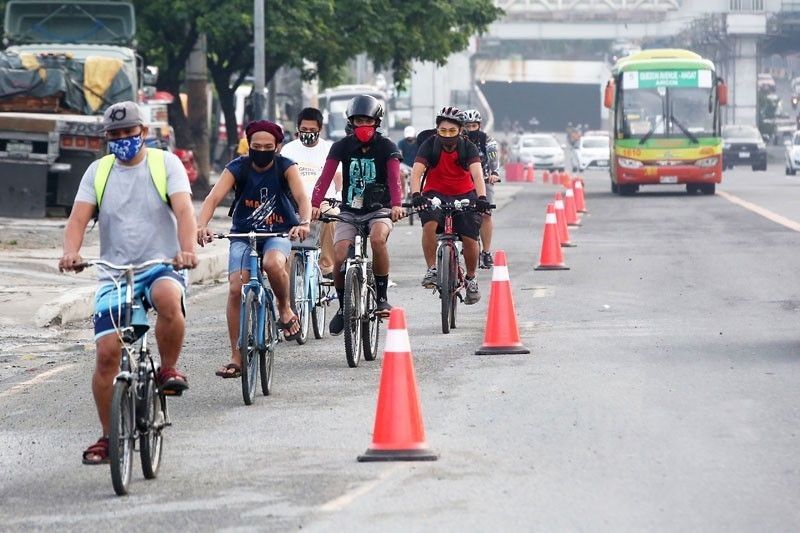 MANILA, Philippines (Updated 6:09 p.m.) — A doctor whose arrest at the hands of Cainta police was the subject of a viral social media thread was released from detention Wednesday, the national police confirmed.

"The provincial director of Rizal has given word that the doctor is out today," Police Brig. Gen. Ildebrandi Usana, PNP spokesperson, said in a text message to reporters.

"A case has actually been filed by the Cainta police against the doctor. As regards COVID symptoms among those persons in station cells, that is not yet validated. Otherwise, the police station would have been on a lockdown," he also said.

Police Lt. Col. Rodolfo Santiago, acting chief of Cainta police, told Philstar.com in a phone call that unjust vexation and civil disobedience raps have been filed against the unnamed doctor, who was in detention for three nights.

Family and friends of the doctor, whose experience has since gone viral on social media, have requested the public respect their privacy first as the doctor recovers from the experience @PhilstarNewshttps://t.co/F9iGepGI89

According to the string of tweets from an account claiming to be the doctor's friend, the healthcare practitioner was biking to work when he was apprehended for not wearing a face shield on Sunday.

A joint memorandum circular by the health, transportation, public works, and interior departments has said that cyclists are exempted from the use of face shields.

According to the tweet thread, the doctor protested this when he was apprehended but was booked for "resisting arrest." For the next three nights, he was placed in a detention cell with "more or less 200 people," the thread reads, saying also that some of the people in the cell displayed symptoms linked to the coronavirus.

"That's not true. He wasn't even detained. He was in the investigative section with three other cops," Santiago said in Filipino when asked about this.

Family and friends of the doctor have requested the public to respect their privacy first as the doctor recovers from the experience.

Asked if he could categorically say if there was an ordinance requiring cyclists in particular to wear face shields, Cainta City Mayor Kit Nieto said: "I don't think we have that."

"The ordinance would [only] pertain to a general clause that requires everyone who steps out to wear a mask and a shield," he said in a phone call with Philstar.com.

The thread that went viral said that the mayor was made aware of the situation. Sought for comment, though, the local chief executive also distanced himself from the case, saying it is now up to the legal process.

"I heard about it and I tried to help in the best way I can, but the problem there is there's already a pending case against him, and we can't really intervene in whatever the prosecutor decides," Nieto said.

"I only talked to the doctor's sister who was worried about the safety of her brother. So, I called the chief of police to make sure nothing untoward would happen while he was in their custody."

"That's their opinion if they think there was abuse," Santiago said, opting not to comment further. "I might be held in contempt…We have to leave that to the courts."

It is unclear if the allegations against the doctor have been filed in court.

Other cases of abuse at the hands of power-tripping enforcers have been well-documented amid the enhanced community quarantine.

More than 9,000 police personnel have been deployed to man the 1,106 quarantine control points within the so-called NCR Plus bubble to strictly implement protocols amid the ECQ and uniform curfew.

On the first day of the second ECQ alone, the PNP disclosed that nearly 2,600 were arrested for various quarantine violations across Metro Manila, Bulacan, Cavite, Laguna and Rizal.