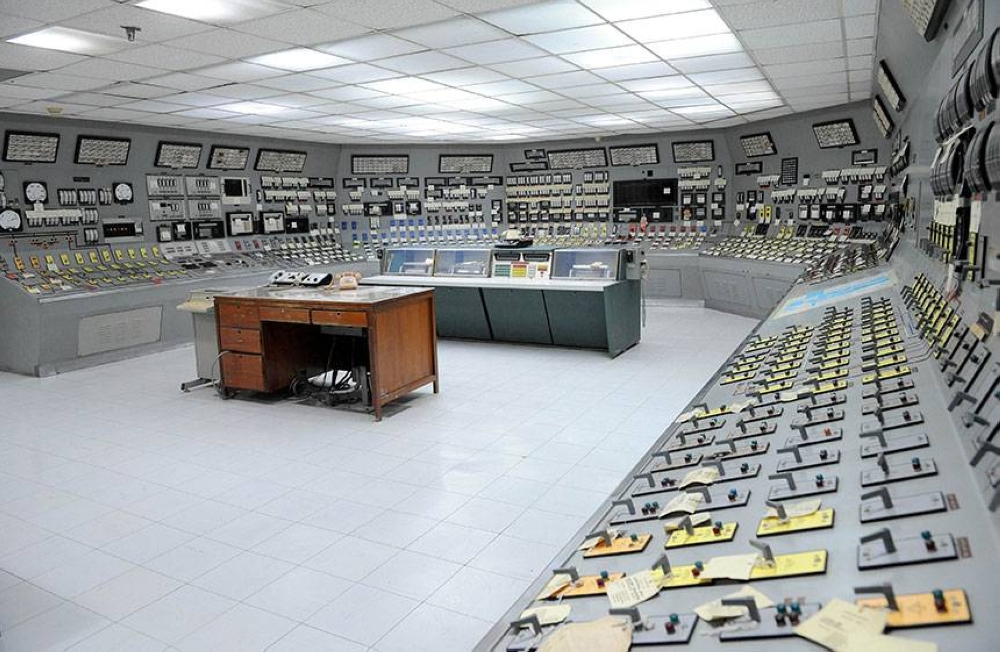 This photo taken on May 18, 2011, shows the main control room of the Bataan Nuclear Power Plant, in Bataan. AFP FILE PHOTO

INTEREST in nuclear energy as a possible solution to some of the Philippines' perennial woes with electricity supplies that are barely adequate, unreasonably expensive and environmentally unfriendly has increased in the past two years, thanks to the attention given to the topic by former president Rodrigo Duterte and current President Ferdinand Marcos Jr. Sensing the moment, the most enthusiastic advocates of nuclear energy have redoubled their efforts to convince the government to refurbish and open the mothballed Bataan Nuclear Power Plant (BNPP), making their pitch at a recent forum on nuclear power.

Putting the BNPP into operation is an idea that is at best problematic in terms of safety and social acceptability, and is economically unwise. However, while we are firmly against throwing good money after bad to resurrect that historical relic, we believe nuclear power may very well have a role in the Philippines' energy future, and that it is worthwhile for the country to develop the capacity to properly utilize it. Fortunately, the Department of Energy (DoE) has the same perspective and is following a sensible, step-by-step approach toward creating the conditions that will allow the country to consider nuclear options.

Some key insights into the DoE's approach were provided by Energy Planning and Policy Bureau OIC Michael Sinocruz, who was a featured speaker at a conference on private sector financing for energy development held last week by the Energy Secure Philippines project under the US Agency for International Development (USAid).

Sinocruz's presentation was a brief overview of the Philippine Energy Plan (PEP) for 2022-2040, which his office is chiefly responsible for developing and monitoring. Much of the discussion focused on renewable energy (RE) as a key objective of the PEP is to increase the share of RE in the Philippines' energy mix to 50 percent by 2040. However, nuclear energy does figure prominently in the plan, much more so than in the previous PEP covering 2017-2030, and the brief portion of his talk Sinocruz devoted to it served to establish some realistic expectations.

First, Sinocruz described the Philippines as still being in the first phase of three with respect to the development of nuclear energy; the three phases, as described by the PEP, are “consider,” “prepare” and “construct.” Helped by former president Duterte's executive order directing the government to assess what is needed to create the necessary framework for nuclear energy, the DoE and other stakeholders are currently working through 16 action areas identified by the International Atomic Energy Agency (IAEA).

The implication of this is that the DoE is committed to ensuring the necessary technical, legal and regulatory groundwork is in place before moving on to the next phase, which would be actually choosing what type of nuclear energy technology should be deployed, and for what application. This is the part that may come as bad news to backers of the BNPP: while not ruling anything out or committing the Philippines to a definite course of action — because that could not possibly be known yet anyway — Sinocruz disclosed that the DoE was taking a close look at small modular reactor (SMR) technology in the 50- to 300-megawatt capacity range, as this seems to be a promising solution for stable, cleaner energy for off-grid areas, such as smaller individual islands.

This is promising news in our opinion because from the information that is available about the technology, it certainly does appear that it offers a useful combination of feasibility, safety, reliability and financial soundness, so long as the underlying administrative and regulatory necessities are properly addressed. And, of course, the technology will become even more refined as time passes.

Sinocruz's comments suggested that a considerable amount of time may pass before the Philippines is ready for nuclear power. According to the PEP, the timeframe between the end of “Phase 1” and the eventual start-up of a nuclear facility is about 10 years. So long as the DoE continues to use that time wisely to make step-by-step progress, the result will almost certainly be beneficial for the country.