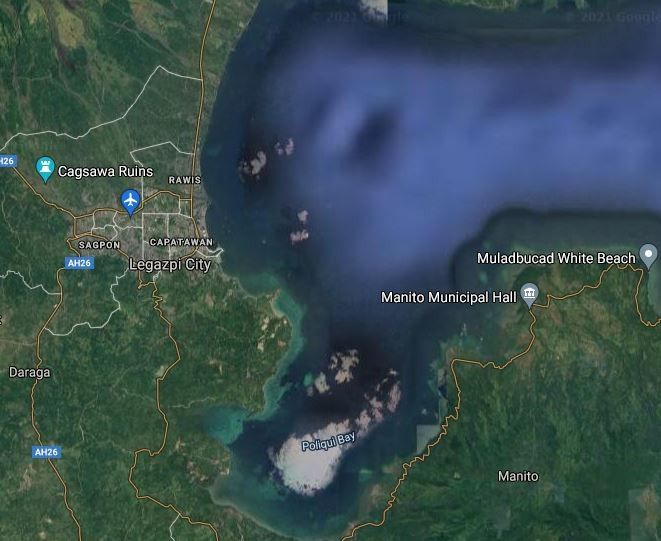 MANILA, Philippines — Health officials are monitoring a tugboat from Indonesia that now docked in Albay and that has 12 crew members positive for COVID-19, including one who snuck out from the boat and returned home.

Health Undersecretary Maria Rosario Vergeire said the M/V Tug Clyde and Barge Claudia arrived in Albay on Tuesday morning. It has 20 crew onboard, eight of whom were negative for COVID-19 when tested in Butuan City.

The vessel sailed from Indonesia, a country dealing with a significant surge in infections attributed to the Delta variant of COVID-19.

"They were advised and given clearance for travel to go to Albay to dock," she told reporters in Filipino. "Unfortunately, one was able to leave the boat and go home."

Further details on this person were no longer disclosed. But the health official said their regional office was able to trace the man in Butuan, and is now in isolation.

That includes his close contacts, such as the driver of the public utility vehicle he was in, as well as his house helper and family members.

Vergeire said the remaining 11 are also in quarantine, and are being closely watched by the Philippine Coast Guard.

"No one is allowed to disembark or board the vessel," she added, "if they are not essential persons needed to monitor the crew members inside."

She said, too, that they would be brought to the hospital nearest to where the vessel is docked should they begin to show symptoms for COVID-19.

The government has halted the entry of travelers from Indonesia to halt the spread of the highly infectious Delta variant. Police in the southernmost part of the country were also told to heighten patrols to prevent the illegal entry of those coming from Indonesia through the shores.