DOH says it does not procure supplies of antiviral drug remdesivir 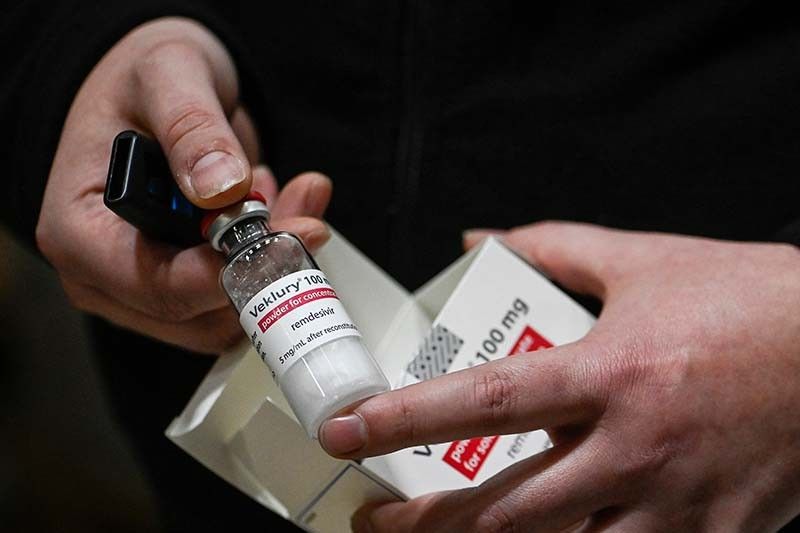 MANILA, Philippines — The Department of Health said the agency does not purchase remdesivir, an investigational drug being studied to treat COVID-19, amid warnings that health officials could face charges for procuring the antiviral medication.

In a briefing Monday, Health Undersecretary Maria Rosario Vergeire said the DOH does not buy supplies of remdesivir because the drug does not have a certificate for product registration in the country.

A CPR, issued by the country’s Food and Drug Administration, will allow a product to be commercially available in the market.

“There is no data or truth on the claims that we are procuring remdesivir. We will not do that because we also follow regulatory protocols,” Vergeire said in a mix of English and Filipino.

The health official responded to the warning of Rep. Mike Defensor (Anakalusugan party-list) that the agency could face graft charges “if they insist on procuring further” supplies of remdesivir. He said new purchases of remdesivir are considered “reckless and foolish.”

Defensor is one of the lawmakers pushing for the use of antiparasitic drug ivermectin for COVID-19 prevention and treatment. He, along with Deputy Speaker Rodante Marcoleta, distributed ivermectin capsules to Quezon City residents despite warnings from medical authorities.

Deputy Speaker Lito Atienza (Buhay Party-list) also criticized the DOH for what he called the “wasteful double standard” of promoting remdesivir, while “stonewalling other potential low-priced treatments” such as ivermectin.

Vergeire said the DOH provided funds to hospitals so they could buy experimental drugs.

“We gave funds to hospitals during the time cases were rising so they can have these as funds that they can use to procure whatever investigational drug there is in the marker. If they used remdesivir with this money, that is through the compassionate special permit. Our hospitals and doctors apply for CSP to use investigation drugs that do not have CPR,” she said.

In March, the department said it would download P5 million to each DOH hospital in Metro Manila, Central Luzon and Calabarzon so medical facilities could replenish their COVID-19 medical supply. It also said its Disease Prevention and Control Bureau previously budgeted P1 billion for the potential procurement of additional remdesivir but noted the World Health Organization has struck out the inclusion of the medication in the Solidarity Trial.

Remdesivir is the first drug to gain approval from the United States FDA for the treatment of COVID-19 but the WHO recommended against using it as it “had little or no effect” on hospitalized COVID-19 patients.

Vergeire, however, said a study of the University of the Philippines National Institutes of Health found that the drug “can help in slowing down the progression of the disease.”