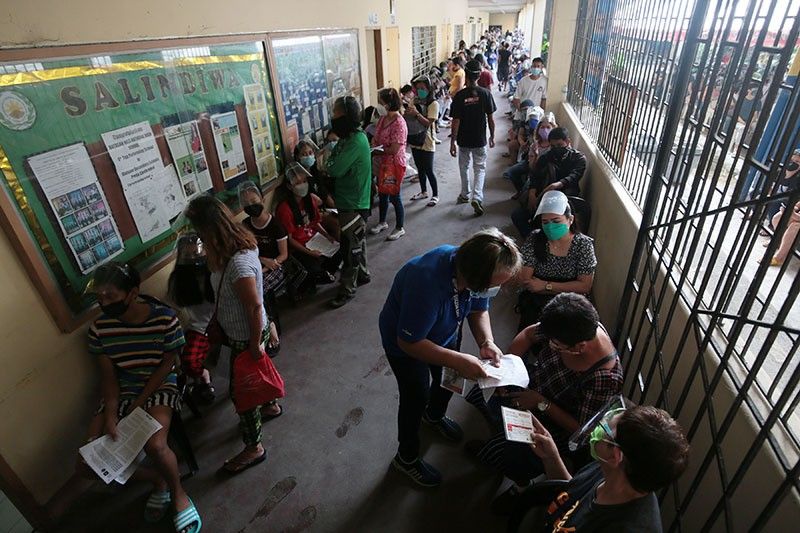 MANILA, Philippines — Even with COVID-19 cases continuing to decrease, an undersecretary of the Department of Health said Sunday that at least 90% of a population must be vaccinated to achieve herd immunity as new coronavirus variants are detected.

Speaking in an interview aired over DZBB Super Radyo, treatment czar Leopoldo Vega said that this was because of the number of emerging variants. "Herd immunity should be increased to 90% or 100% of the population to be vaccinated due to different variants of COVID-19," he said.

The level of vaccination needed to achieve herd immunity varies by disease. The DOH earlier said that herd immunity would require fully vaccinating at least 70% of the country's population.

"It does not mean that when there are many mutations this strain is highly transmissible or highly virulent…The first thing we look at is the amount of vaccination in an area because it can provide community protection," he said in Filipino.

Vega was careful to point out that the variant, said to be highly transmissible and similar to the Delta variant, has not led to higher cases yet.

All viruses mutate over time, including SARS-CoV-2, the virus which causes COVID-19 disease. Studies are still on-going to determine the effects of this latest mutation, and much remains unknown.

According to the World Health Organization, no evidence exists that the existing vaccines need to be modified to fight Omicron, which has been identified in 40 countries so far.

"It has not really been seen that it has caused high transmission in countries…this variant of concern is still being studied," he said. "All healthcare workers should have a booster shot as protection in case the Omicron variant enters the country."

"Due to the drop in cases, the One Hospital Command often refers non-COVID patients to hospitals in need of special treatment," he also said.

Earlier, the government scaled back its goal to "population protection" instead of herd immunity because the latter had "a lot of attached criteria."

To date, health authorities have recorded 2.8 million cases of the coronavirus.