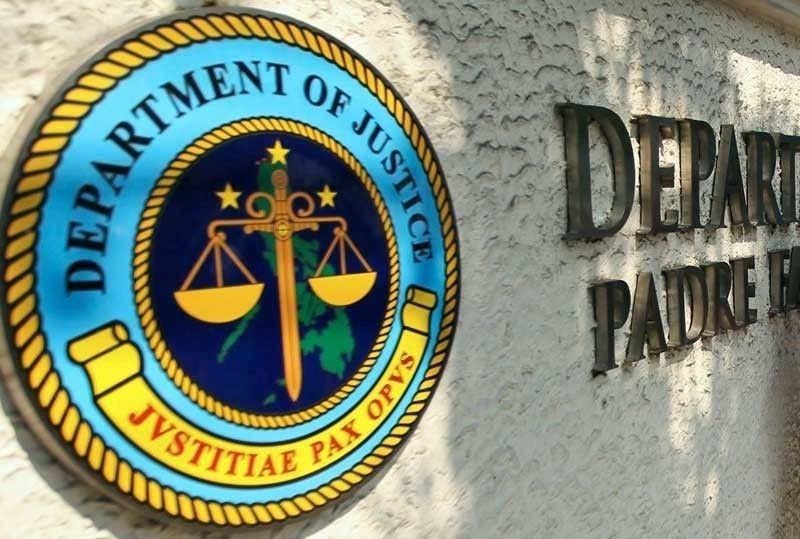 MANILA, Philippines — The Department of Justice may transfer the preliminary investigation over complaints related to the death of artist Bree Jonson to its main office in Manila.

Jonson was found unconscious in a San Juan, La Union hostel over the weekend. She was brought to a nearby hospital, where she was declared dead.

Death of Bree Jonson: What we know so far

"The possible transfer of the case to the DOJ head office for the conduct of preliminary investigation by state prosecutors is now under consideration," Justice Secretary Menardo Guevarra said on Thursday.

As of Thursday, only a complaint of possession of illegal drugs has so far been filed against Julian Ongpin, the person last seen with Jonson. Police said they recovered more than 12 grams of cocaine in the room that they two shared.

The inquest prosecutor deemed the complaint proper for preliminary investigation, as it would give more time for the submission of additional evidence and look into whether there was foul play involved, the Department of Justice said Tuesday.

Prosecutor General Benedicto Malcontento said they will probably reach a decision on who will handle the preliminary investigation on the case next week, while he assured that they will keep a close eye on developments.

"We are in the middle of budget hearing preparations. Rest assured that we are monitoring the case," Malcontento said in a separate message to reporters.

Guevarra earlier this week explained that there will be no "transfer of jurisdiction" since "in criminal cases, jurisdiction lies in the place where the offense was committed."

He said: "It may only be a case of a prosecutor in another place being designated to conduct the preliminary investigation as acting prosecutor for the place where the offense was committed."

The Philippine National Police and the National Bureau of Investigation have conducted separate autopsies on Jonson's remains, but both have yet to release official findings.

The NBI meanwhile said they finished autopsy, conducted upon the request of the family and their lawyers, on early Thursday morning and specimen are subjected to laboratory examinations.

Counsels of the Jonson family from the Sunga Salandanan and Ampuan Law Offices said the "initial medicolegal report of Ilocos Training and Regional Medical Center showed signs of struggle."

They added: "There were bruises found in some other parts of Breanna’s body other than her neck."

But in a press briefing also on Thursday, Police Gen. Guillermo Eleazar, PNP chief, said police found no signs of struggle on Ongpin when they examined him.

He also said that "according to the result of the autopsy, there are no markings indicating there was a struggle or bruises showing she was hurt besides the ligature around her neck."

Eleazar added that when the Special Investigation Task Group deemed it necessary for the reenactment and check the body of Ongpin, he came back immediately.

The PNP chief said police would "re-evaluate" all evidence until the results of other tests come in. — Kristine Joy Patag with reports from Franco Luna