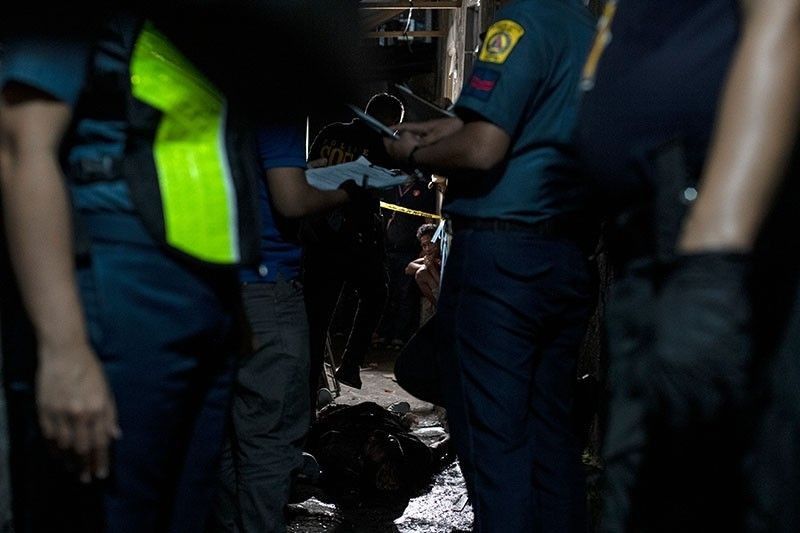 MANILA, Philippines — The Free Legal Assistance Group has called on the Department of Justice to proceed to prosecute the police officers already found liable in “war on drugs” operations that resulted in deaths.

The FLAG also said that the released DOJ review of 52 cases “barely scratches the surface and is grossly insufficient and inconsistent with the government’s commitments under international law to provide effective review of cases involving alleged extralegal killings.”

The DOJ on Wednesday released a 21-paged matrix, which included docket numbers, names of suspects, dates and places of incidents and the review panel’s observations on each case.

Records of these cases have been forwarded to the National Bureau of Investigation for case build-up and possible filing of criminal complaints against the cops involved in the operations.

But the FLAG noted that the initial expanded review of thousands of “drug war” cases was trimmed down to the original 52 cases. President Rodrigo Duterte raised that these records are not public documents as they may involve national security issues — a context missing in the DOJ statement, the civic lawyers added.

“The review thus fails to provide a comprehensive and meaningful assessment of the real extent of the violation of human rights committed during the implementation of the Duterte administration’s so-called ‘war on drugs,’” they also said.

“It does not provide useful information to assist in making the offenders accountable; nor does it provide comfort or solace to the families of the victims of those killed in the name of Duterte administration’s so-called ‘war on drugs,’” FLAG added.

The lawyers’ group pointed out the following “recurring theme” in the cases:

FLAG also noted that the review showed that penalties on police officers involved in the operations were “inconsequential,” as most were meted out with suspension, while one case led to mere reprimand.

“The people deserve more than what the Panel is providing,” FLAG said.

They called on the DOJ to review all remaining cases, including the thousand others, which Duterte blocked access to, as this would put a “true picture” on the extent of killings under the “war on drugs.”

Quoting Hildawa v. Ponce Enrile, FLAG urged the DOJ to “take the next logical step” and “prosecute those it has already found responsible.”

The Supreme Court said in the 1985 case that when a suspect is killed, the National Police Commission should conduct a probe to identify the assailant and the reason why the victim was killed. “It need not wait for a formal complaint to be lodged by the relatives of the deceased,” the SC also said.

The Commission on Human Rights for its part welcomed the DOJ release of its matrix but it stressed that the first step to making perpetrators accountable is “through genuine and straightforward investigations.”

CHR spokesperson Jacqueline de Guia also reminded the government of its duty to “protect life and ensure justice for the violations of human rights are a primary State obligations, especially in the context of the observed “widespread and systematic” human rights violations and persistent impunity in the country, as reported by the UN Human Rights Office in June 2020.”

“CHR remains open, willing, and ready to assist through our independent probe, provided that we are given access to pertinent case files as well,” De Guia continued.