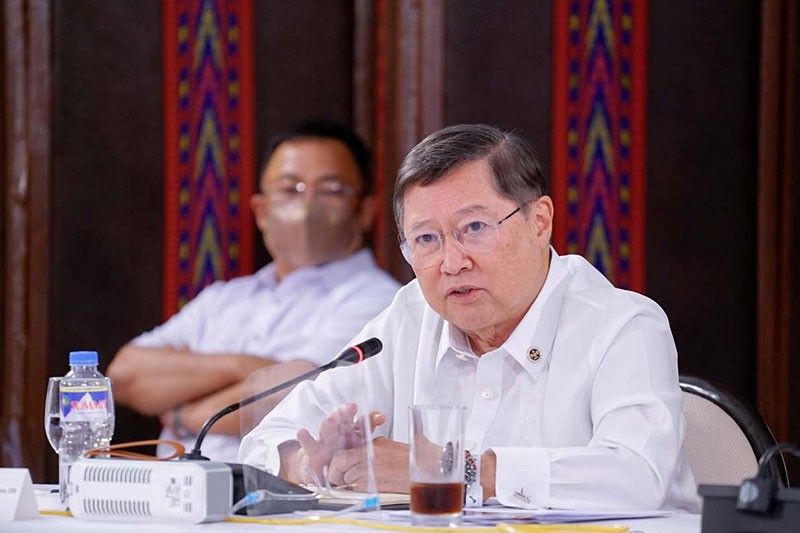 MANILA, Philippines — The government has set aside P45 billion in next year's national budget for its vaccination efforts, the finance department said, as it assured the public that there would be enough supply of COVID-19 jabs for the country's adult population this year.

Finance Secretary Carlos Dominguez III said the amount can be used to fund both additional pandemic vaccines or booster shots, depending on the recommendation of the health department.

"We just had a meeting with (Budget) Secretary (Wendel) Avisado and (Health) Secretary (Francisco) Duque (III) yesterday (July 23), and we noted that we have in the budget for next year already 45 billion pesos for additional vaccinations," Dominguez said during a meeting of the government's pandemic task force last Saturday.

"Just to assure you… Mr. President, and the health community, we do have the money for that. Now the question is: How do we use that money? Are we going to need booster shoots? Are we going to need another set of vaccinations? Whatever it is, please tell us so that we can properly allocate these funds," he added.

Dominguez said the Philippines has received 30 million vaccine doses as of July 23 and is expected to receive a total of 171 million jabs this year. He added that the country's entire adult population could be vaccinated by the end of the year.

"So those 171 million is more than enough to vaccinate the entire adult population of the Philippines and the money is already available for that, okay. So there is no problem with the money for this year," the finance chief said.

Dominguez said some 65 million doses are expected for delivery within the third quarter while another 55 million doses may arrive by the fourth quarter. The government is also expecting the COVID-19 COVAX facility to deliver additional volumes of vaccines this semester. The finance department's International Finance Group has said the Philippines can access a maximum of 49 million doses from the facility .

The World Health Organization has recommended that countries inoculate 40 percent of their population by yearend and 70 percent by the middle of 2022.