DOT to suspend accreditation of Makati hotel where Dacera died 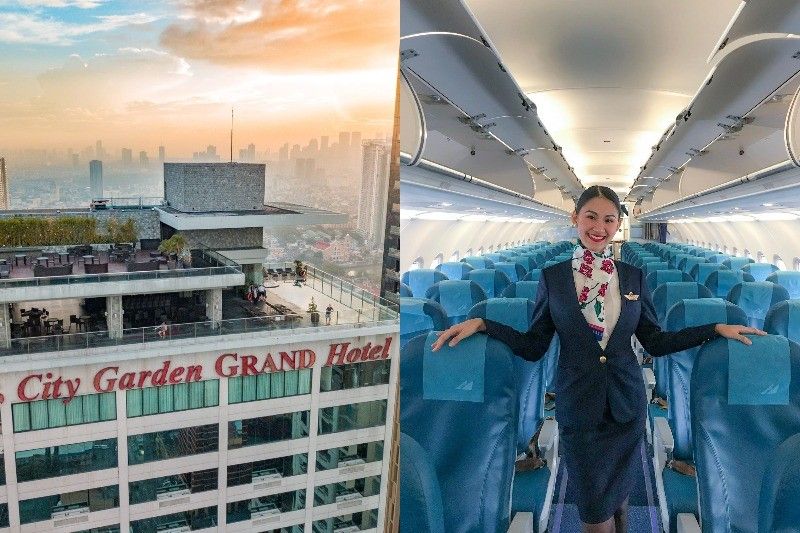 This composite photo shows file photo of City Garden Grand Hotel in Makati City and one of the photos of late Christine Dacera.

MANILA, Philippines — The Department of Tourism on Thursday announced that it will revoke the Certificate of Authority to Operate of the Makati City Hotel where flight attendant Christine Dacera was found lifeless on New Year’s Day.

In its resolution dated January 14, the DOT said it found City Garden Grand Hotel (CGGH) in Makati City “liable for the offense of gross and evident bad faith in dealing with clients/fraudulent solicitation of business or making any false, deceptive, or misleading claims or statements for the purpose of soliciting business from clients under Section 13.2 (c) of DOT Memorandum Circular No. 2018-03.”

The tourism agency conducted a physical investigation Friday last week, days after it issued a show cause order against CGGH.

It earlier asked CGGH to explain why its accreditation should not be revoked.

Based on the agency’s probe, however, “the CGGH was found to have misrepresented itself to the public as being allowed to accommodate guests for leisure or staycation purposes despite being a quarantine facility.”

In its four-page reply last Friday, the CGGH vehemently denied this and said that it serves as a quarantine facility that services returning overseas Filipino workers and other persons under quarantine.

In the case of Dacera and her friends, CGGH Hotel Officer-in-Charge General Manager Richard Reazon said only three guests were accepted as corporate account guests of the hotel.”

Corporate accounts pertain to “businesses that were within the immediate local vicinity of hotel or businesses otherwise permitted to book accommodations.”

CGGH said it is also not aware that there are multiple guests in Dacera’s room and the two other rooms booked.

It also mentioned that only its restaurant Firefly Roofdeck is operating for the public.

The DOT’s probe, however, countered this.

“In the course of the investigation, the DOT National Capital Region (DOT-NCR) considered other evidence which were not limited to the circumstances surrounding the incident on 31 December 2020,” the DOT said.

“The pieces of evidence showed that even prior to the incident and until now, the CGGH is marketing packages to accept leisure guests and never indicated that it is a quarantine hotel,” it added.

In view of this, CGGH was meted the following penalties:

The DOT said the hotel still has the right to appeal within the period prescribed by the DOT rules and regulations.

“The DOT adheres to the FOI Executive Order mandating access to information, subject to compliance with prescribed procedures to ensure observance of the provisions of the Data Privacy Act,” it concluded.

The tourism department once again cautioned all accredited accommodation establishments (AEs) to confine their operations to the authority given them, limited to just one per given time.

“This is to reiterate that AEs repurposed as quarantine facilities cannot offer their rooms and facilities for leisure purposes. At the same time, staycation hotels shall not be used for quarantine,” the agency said.

As of January 14, there are only 15 AEs in Metro Manila that was granted a Certificate of Authority to Operate as Staycation.

The DOT said other four-and-five-star rated AEs can still apply as staycation hotels.

It also encouraged the public to report establishments that violate its rules and regulations.

“With health and safety of guests and workers as primary concern, it is encouraged that similar incidents in violation of DOT rules and regulations be reported to the DOT’s Office of Tourism Standards and Regulations (OTSR) via feedback@tourism.gov.ph or otsr.dotdirector@gmail.com,” the DOT said.

The IATF-EID’s Resolution No. 43, Series of 2020 of the Omnibus Guidelines on the Implementation of Community Quarantine states that “Accommodation Establishments (AEs) may operate only upon the issuance of a Certificate of Authority to operate by the DOT.

Follow this page for updates on the case of flight attendant Christine Dacera. Main image from Instagram/xtinedacera

The Department of Tourism revokes the certificate of authority to operate of City Garden Grand Hotel in Makati, which was found liable for gross and evident bad faith in dealing with clients/fraudulent solicitation of business.

The agency says the Makati hotel was found to have misrepresented itself to the public as being allowed to accommodate guests for leisure despite being a quarantine facility.

"The pieces of evidence showed that even prior to the incident and until now, the CGGH is marketing packages to accept leisure guests and never indicated that it is a quarantine hotel," DOT says.

The National Bureau of Investigation has extracted 100 ml of urine from the remains of flight attendant Christine Dacera, according to Justice Secretary Menardo Guevarra.

Guevarra says this could provide a lot of information to the bureau's forensic team. — report from The STAR/Evelyn Macairan

"I have directed the NBI to conduct its own investigation of the Dacera case, as time is of the essence," Guevarra says.

"The longer it takes to examine the remains of the deceased and gather pieces of other evidence, the more difficult it becomes to establish the true cause of her death and identify any person liable therefore, if a crime was indeed committed," he adds.

Share
Previous Hockey players worry season lost to pandemic spells end of their U.S. scholarship dreams
Next Ai-Ai: I live by the day