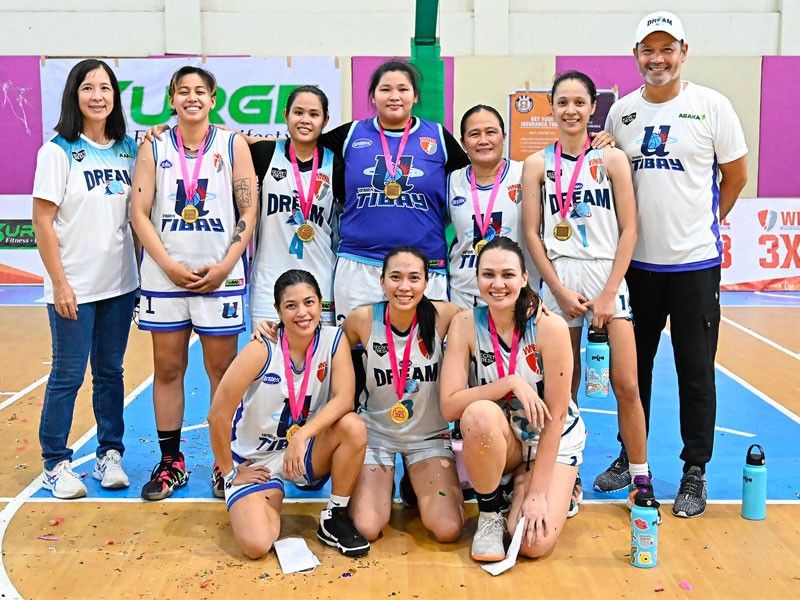 MANILA, Philippines – You may know that during the COVID-19 pandemic, the virus took away a great many things. These include millions of lives, jobs and simple routines that people used to take for granted such as going out or hanging out.

The flipside was it gave birth to many things.

For Peachy Medina, it was finding her way back into sports in an active way.

“My teammate from the RP Youth 1986 team, Haydee Ong (former Ateneo Lady Eagles and national women’s basketball team and now, UST coach), was named commissioner of the WNBL’s 3×3 team and she invited me to form a 3×3 team,” related Medina.

“In the pandemic, like many others, I had ample time to examine my life and the things I want to do and naisip ko magtayo ng 3×3 team.”

And those teams turned out to be the Uratex Dream and Uratex Tibay, the former of which is back-to-back WNBL 3×3 champion.

During her school days at the Ateneo de Manila, Medina was a three-sport star while being in the school’s honor roll — leading the Lady Eagles to title berths in both basketball and football. She also represented the country in the RP Youth Team of 1986 where she gave a very good account of herself.

Her husband, Dindo, who himself was also a varsity player at the Ateneo, likes to say that Peachy’s getting involved in sports was a matter of time.

“Sports is in our blood and we inculcate that in our family,” related Dindo. “But as you age, you turn from participant to becoming a part of the audience.”

“We’ve been watching sports — Gilas, volleyball, in fact, Peachy has silently supported the Ateneo Women’s Basketball Team,” further related the husband, who is the director for director consumer sales for Uratex aside from putting on the hat of business unit head for monoblock and bed accessories.

“What people don’t see is how she religiously follows NBA basketball getting up at four in the morning to read up on the business side of running a team, the trades, organization, and of course, the game results.

“Dindo tells me that the NBA is my teleserye,” chimed in Peachy.

The formation of the two 3×3 teams was the result. And yet, there is more to it than that.

Summed up Dindo, “Those teams are a convergence of many goals — it is a lady’s thing, tulong sa kaibigan, and whoop, now I am a team owner. From all that reading, it became an actual experience. And one of the best things we have heard from other people is, ‘This is how you’re supposed to manage a team.’”

“Part of the goal is to increase interest and the voice in women’s sports,” shared Peachy. And with the success of women’s volleyball, weightlifter Hidilyn Diaz, the women’s national football team, and others, “This is just one step in that direction.”

“After winning back-to-back WNBL 3×3 championships we’re looking for the possibility of participating in a Southeast Asian level competition. We haven’t been able to find one, but if it happens, we’ll do this because it will help elevate not only our game, but women’s 3×3 basketball.”