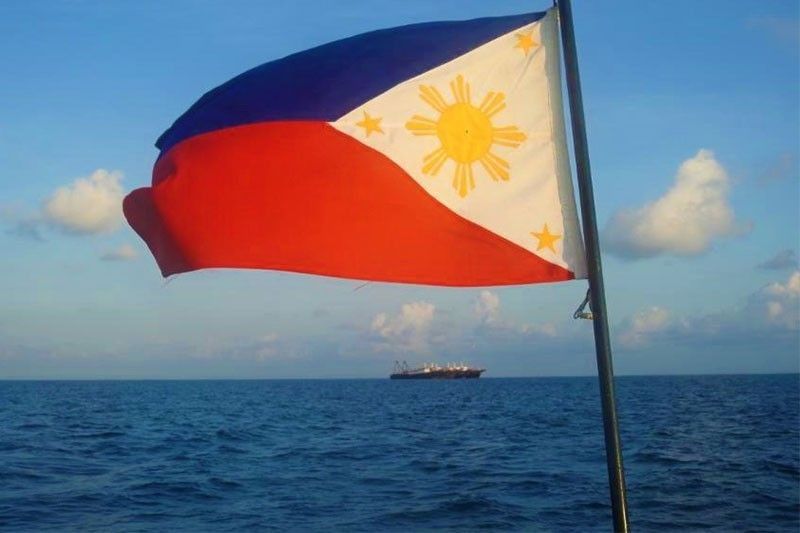 MANILA, Philippines — President Rodrigo Duterte has barred officials from talking about the West Philippine Sea row in public and has vowed to ignore criticisms against his handling of the maritime dispute.

"So, this is my order now to the Cabinet and to all – all and sundry… talking for the government to refrain discussing West Philippine Sea with…anybody," Duterte said during a meeting of the government's pandemic task force last Monday.

"If we have to talk, we talk and it would just be among us and there is one spokesman – (presidential spokesman) Secretary Harry (Roque) will do it. Now you get the picture," he added.

Duterte has included the West Philippine Sea dispute in his recent public addresses that were meant to provide updates on the COVID-19 pandemic. He has been justifying his decision to seek better ties with China and has been lambasting critics who accuse him of not doing enough to assert the Philippines' maritime claims.

Presidential spokesman Harry Roque said only he and Foreign Affairs Secretary Teodoro Locsin Jr. are authorized to speak on the issue.

"That’s the decision of the president… And as I said, it’s covered by traditional exception to freedom of information," the Palace spokesman said at a press briefing Tuesday.

Asked whether the National Task Force for the West Philippine Sea (NTF) would no longer issue press releases on the developments in the disputed areas, Roque replied: "Well, you know, reports of the NTF are forwarded to the DFA (Department of Foreign Affairs) and they would determine if they will file diplomatic protest. So, these are matters, facts, which are relevant to diplomatic communications covered by executive privilege."

Roque said information about the West Philippine Sea is covered by executive privilege "because we need to allow the executive branch to make the correct decision no matter what."

Last March, the NTF reported about the presence of more than 200 Chinese ships in Julian Felipe Reef, which is located about 175 nautical miles west of Bataraza, Palawan. The Philippines has protested the presence of Chinese vessels in the area.

Duterte also vowed to ignore critics who question his handling of the Philippines' maritime dispute with China.

During last Monday's meeting, former senate president Juan Ponce Enrile, who was invited by Duterte to talk about the maritime row, said the Philippines cannot ignore China and should instead befriend the East Asian country without surrendering its rights.

"And I will just say that well, after talking to Senator Enrile… you guys have become irrelevant to me."

Enrile told Duterte that as president, he is responsible to the Filipino people, not to any specific person for your foreign policy.

"No one else can frame or formulate the foreign policy of the Philippines except President Rodrigo Roa Duterte," the former senator said.

"Mr. President, critics you will always have. If I were you, I (would) not mind them; just mind history, the Filipino people," he added.

Enrile also expressed support for Duterte's policy on China, saying the Philippines would not gain anything from antagonizing the Asian superpower.

"From where I sit, Mr. President, I think you will be able to handle it well in the manner you are doing it now because what do we – we'll lose more if we antagonize China. We have no choice except to negotiate with China," Enrile said.

"Our approach should be friendly, not a hard, assertive, and aggressive approach. If we fail to reach an understanding with China, the interest of our people, our economy, and our security would be affected," he added.

Enrile proposed the strengthening of the military's capabilities and the exploitation of resources in the Philippine Rise, an area that Duterte described as an "exclusively Philippine property."

"I have made it clear to all, to the world, that I will not allow any intrusion there. Well, of course, the right to innocent passage is everybody’s privilege. But to allow anybody, even to just try to exploit or to even to look in, you know, I will not allow them to do that because that belongs — Philippine Rise belongs to the Filipino people," Duterte said.

The president also claimed that the Philippines has the "best of relations" with China now.

Despite the government's decision to file diplomatic protests against the presence of Chinese ships in Philippine-claimed areas, presidential spokesman Harry Roque said he does not see any tension in the West Philippine Sea.

"I do not see any tension in the West Philippine Sea. The tension was formed by critics here in the Philippines. Outside the Philippines, there is a problem but here is no tension unlike what happened in the Scarborough Shoal. The noise is only in the Philippines," Roque said, referring to the 2012 standoff that paved the way to China's control of the traditional fishing ground.

"The president has not stopped defending our territory. But there are deceptions coming from critics… We did not lose any territory under the administration of President Duterte," he added.

Enrile also called on former senator and vocal Duterte critic Antonio Trillanes IV to explain how he became a "very influential person" in China. He said Trillanes was a negotiator of former president Benigno Aquino III who would bypass former Philippine Ambassador to China Sonia Brady.

"Why? Why Trillanes? Of the senators who were incumbent at the time, why was Trillanes selected as the negotiator for Aquino? And where did Trillanes get the influence over some authorities in Beijing in those days?" Enrile said.

"Maybe he should explain to the nation how he got that kind of an influence to be able to reach out to the higher-ups in China. Not just anybody can talk to any member of the Politburo of China. He must have been a very influential person in China to be able to do his work as he did. And how did he acquire that influence? That is a mystery to me, Mr. President," he added.

Duterte said the Filipino people should "demand the truth" about the matter.

"If they cannot get it from the mouth of Trillanes because maybe it would be a self-preservation thing, then at least some people in the foreign ministry, especially our ambassador at that time, ambassador Brady, can explain because as I understand from you earlier…she was not allowed by Trillanes to take notes," the president said.