Duterte OKs up to 10K service incentive for government workers 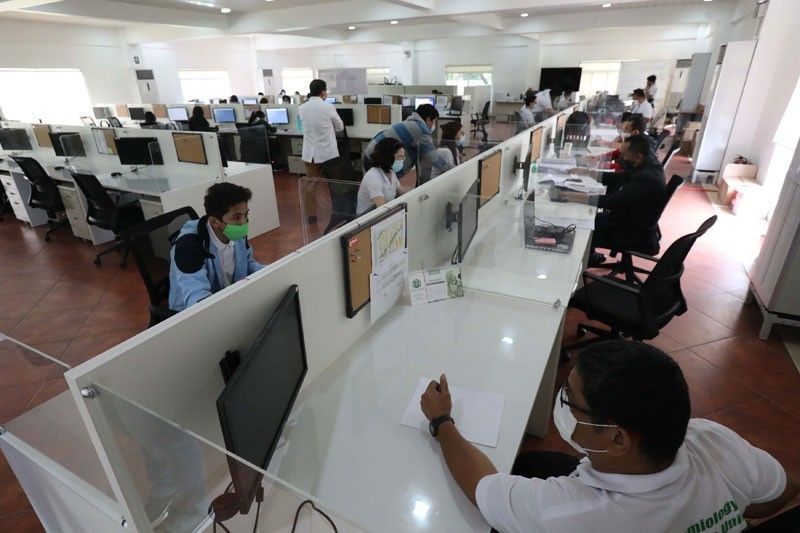 MANILA, Philippines — State workers will have more money in their pockets this holiday season as President Rodrigo Duterte has allowed the grant of service recognition incentives to government employees.

The grant of a one-time incentive to government workers is contained in Administrative Order No. 37 signed by Duterte on December 18.

"Government employees deserve to be rewarded for their collective and unceasing participation in and invaluable contribution to the administration's continuing efforts toward the establishment of streamlined government processes and more responsive delivery of public services, especially in the midst of the public health emergency caused by the COVID-19 pandemic," the president said.

The payment of the incentive to qualified government employees will not be earlier than December 21.

The incentive, which will not exceed P10,000, will be given to civilian personnel in national government agencies, including state universities and colleges and government-owned or controlled corporations, occupying regular, contractual, or casual positions.

Military, police, and coast guard personnel and uniformed personnel of the fire, jail, corrections bureaus and the National Mapping and Resource Information Authority will also receive the incentive.

Pro-rated for workers employed for less than 4 months

To qualify for the incentive, the civilian personnel should occupy regular, contractual, or casual positions; should still be in government service as of November 3; and should have rendered at least a total or an aggregate of four months of satisfactory service as of November 30, inclusive of services rendered under any of the alternative work arrangements prescribed by the Civil Service Commission.

Employees who have rendered less than a total or an aggregate of four months of service as of the end of November will be entitled to a pro-rated share of the incentive.

Employees who worked for at least one month will receive 20% of the incentive while those who have been in government service for less than a month will get ten percent.

Workers who have not received any additional year-end benefit in fiscal year 2020 over and above the benefit authorized by the law allowing the grant of an annual Christmas bonus to national and local government employees will also receive the incentive.

Workers who do not have employer-employee relationships and those whose compensation are funded through non-personnel services budgets are excluded from the grant of the incentive. They include consultants and experts engaged for a limited period to perform specific activities or services; laborers engaged through job contracts and those paid on piecework basis; student workers and apprentices; and individuals and groups whose services are engaged through job orders, and contracts of service.

The funding source for the incentives will be personnel services allotments for national government, state universities and colleges and uniformed personnel and corporate operating budgets for government-owned and controlled corporations.

Employees in the Senate, House of Representatives, judiciary, Office of the Ombudsman, and constitutional offices vested with fiscal autonomy may also be granted a one-time incentive at a uniform rate not exceeding P10,000 each chargeable against the available released allotment of their respective agencies.

Local water districts and agencies and state-owned and controlled firms not covered by the law allowing the grant of an annual Christmas bonus to state employees may also grant the incentive.

The grant of one-time incentive to local government employees shall be determined by their respective sanggunians or policy-making bodies.