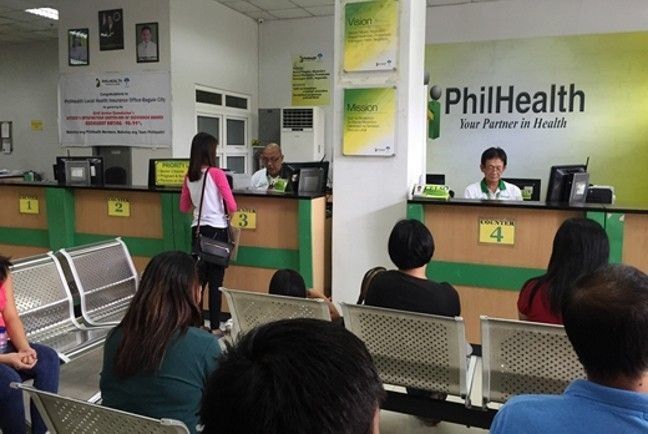 This undated photo shows members lining up for PhilHealth benefits at an unnamed hospital.

MANILA, Philippines — President Rodrigo Duterte has ordered the Philippine Health Insurance Corp. to simplify the payment claims process in the wake of reports about delayed payments in hospitals.

"Now, when it comes to the filing of claims, PhilHealth was given 60 days to process the documents. While PhilHealth had a lengthy explanation, the president ordered the shortening and reconfiguring of requirements for the settling of claims. It also covers the stretching of the limit of the late filing because when the filing is late, payments are no longer made," Roque said at a press briefing Tuesday.

"The appeal of the president is for the processing of PhilHealth claims to be simplified and just let the indigent patient sign so he will be able to go home after his treatment. The ideal is to compress the process more and not bring more hardship to the sick and indigent Filipino patient and (they do not) have to worry about the process," he added.

Roque said PhilHealth chief Dante Gierran has vowed to meet with the health insurer's board to carry out the president's instruction.

Among the anomalies that have reportedly defrauded PhilHealth of billions in funds are the buying of allegedly overpriced COVID-19 test kits and information technology equipment, the unauthorized release of funds to hospitals that have not yet recorded COVID-19 cases, and the padding of hospital claims to the health insurer. PhilHealth officials have denied involvement in corruption.