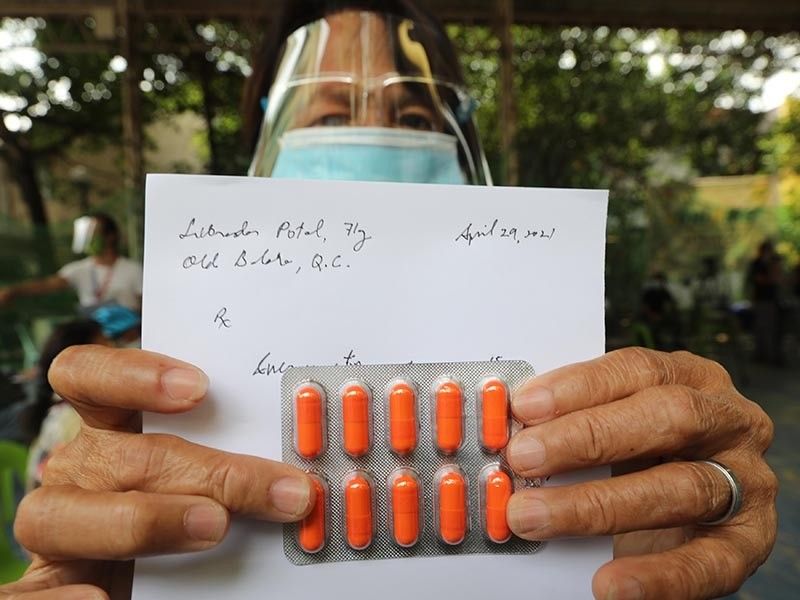 MANILA, Philippines — President Rodrigo Duterte wants food and drug regulators to resolve questions about the efficacy of anti-parasitic drug ivermectin against COVID-19, saying a lot of "credible people" who caught the virus are claiming that it worked for them.

Domingo said the science department would start the clinical trial for the anti-parasitic drug this month.

"There are a lot of credible people, doctors at that, and many civilians, they swear by their fathers’ grave…that ivermectin (was) doing good to their bodies while they (were) suffering from COVID," Duterte said.

"As a lawyer, as a doctor, we have to exercise the greatest…diligence of a good father of a family. We have to apply the strictest procedures before giving it to the public. But I’m just telling you that a lot of people…are telling me they got well after taking this drug," he added.

Domingo informed Duterte that the FDA has allowed the sale of ivermectin, which he described as "human grade." The FDA is also evaluating applications filed by some companies, he added.

According to the FDA website, ivermectin is approved as an oral and intravenous preparation to prevent heartworm disease and to treat internal and external parasites in some animals. For human use, ivermectin is registered as a prescription drug in topical formulation for the treatment of external parasites like head lice and some skin conditions. However, the drug is not yet approved for the treatment of COVID-19.

Duterte said it is important to complete the study on ivermectin early because the drug is cheap and available.

"And if it can lessen COVID by 50%, that would be good already…I am not in a position to say that it should or it should not be used. For me, if there’s an application and you have clinical studies, and if there is no funding, just fund it. We can… replenish the money later so that…once and for all, we can resolve the issue of this ivermectin," the president said.

Domingo said the clinical trial for ivermectin has been funded by the health department.

"The DOST (Department of Science and Technology) will conduct it and they said they would start this June…we will follow it up with them," the FDA chief said.

Duterte told Domingo that his statement about the clinical trial was "very encouraging."

Share
Previous Recreational travel allowed in B.C. as of Tuesday as province’s restart plan moves ahead
Next Terror charges added to murder counts against man in truck attack on Muslim family in London, Ont.