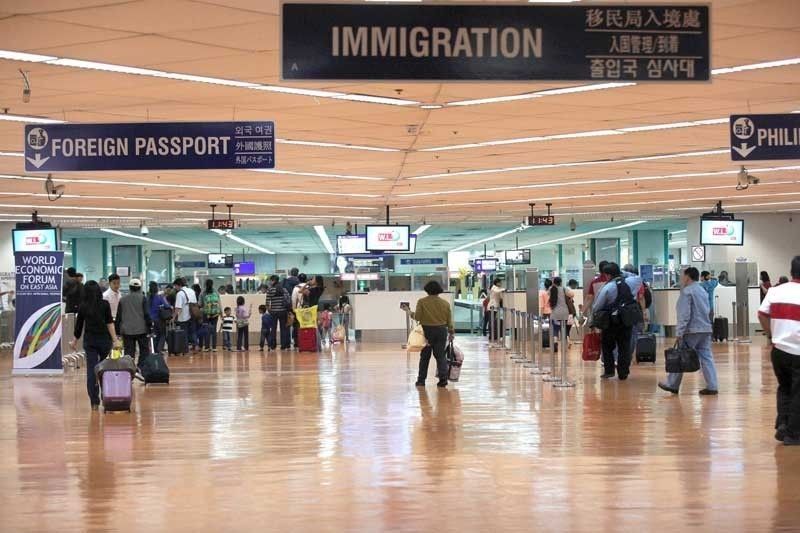 Duterte said he has received reports that some airport personnel and ship crew are helping people travel without undergoing health protocols.

"I say this now as I have said it before: Do not do it kasi mayayari talaga kayo (you will face the consequences)," the president said in a public address last Monday.

"You do it by allowing unauthorized travel when all of us are really worried (about) containing the contamination…Almost every country now (controls) the entry and the departure of their citizens," he added.

"To the airport personnel, didn't you notice, all immigration personnel, about 42 of them and many others have been dismissed. You want me to repeat that?" the president said.

"You know this can only happen…not even cooperation but with the handiwork of…maybe a few, not all people in the airports making it easy for somebody to travel to skip the swabbing and everything. Who wants this to happen?" he added.

Duterte noted that all persons entering the Philippines are required to undergo a 14-day quarantine as a safety measure against the virus. He said he would replace all quarantine personnel if somebody manages to come to the country without following the health protocols.

"If one enters, just one, those from the health (department), those from the quarantine (bureau), if I catch just one, all of you would be replaced. I will assign you to the provinces and I will get the new ones…assigned in other cities also," the president said.

"Just one incident and you're done…I do not care if you are part of that racket or not. If you want to be assigned (to) Zamboanga, Samar, Masbate, I will be the one," he added.