Duterte to public on corruption allegations: Don’t be so gullible 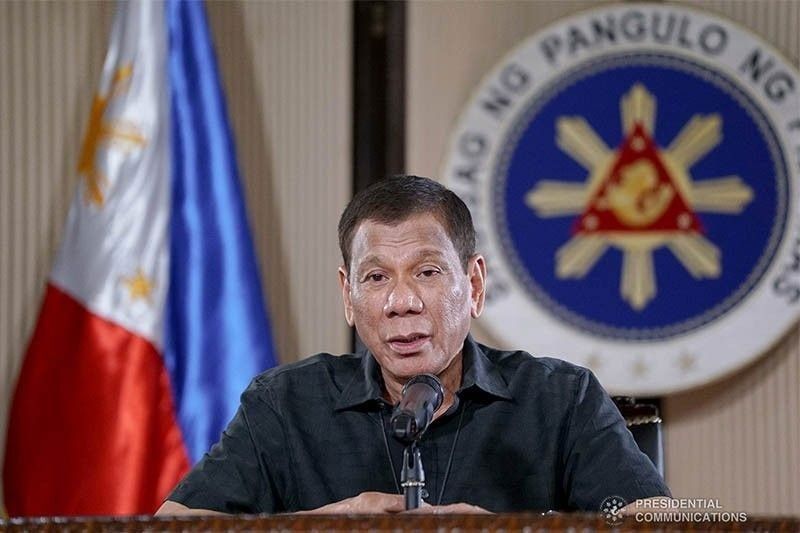 President Rodrigo Duterte is seen in this file photo.

MANILA, Philippines — President Rodrigo Duterte has urged the public not to be swayed easily by corruption allegations against the government as he maintained that the purchase of COVID-19 vaccines is compliant with the law.

"May I just ask the people to…I said, the next time, do not be so gullible…talk about corruption, left and right. I mean, it starts with a big bang and it ends with a whimper," the president said in a televised public address last Monday.

"They have not sent anyone in jail. Has anyone been jailed on the basis of their investigation? None. On the basis of their evidence gathered by them, most of them falter. So, if at all, the ones filed by the police are better. There's a semblance of success there," he added.

Duterte did not elaborate on the investigations that supposedly failed to send corrupt officials to jail. The president made the remark days after the Senate launched a probe on the administration's vaccination program.

Some senators have been critical of the government's decision to buy COVID-19 vaccines from Chinese drug maker Sinovac, citing reports that the China-made jabs are more expensive but less effective. Officials have denied the allegation, saying Sinovac shots were found to be effective in other countries and are not the most expensive among the brands they plan to buy.

Duterte urged government critics to "hold their horses" and to temper the urge "to gain publicity or to appear in public to be pristine."

"So, kindly refrain from just smelling here and there just to find a worthwhile topic which to the people is very important especially corruption…People are bombarded by issues about corruption… So nobody is proud of saying you are an island there, an independent one. You cannot be because we are all part of government," Duterte said.

The president defended Health Secretary Francisco Duque anew, saying critics are painting him "black" because they want to appear "white."

"Si Secretary Duque naman, eh palagi nilang inaaway pero tama naman. Pero ganoon siguro ‘yang public office (They always criticize Secretary Duque but he is doing the right thing. But that's the way public office is), Secretary. Do not be discouraged from the brickbats thrown against you," the president said.

Duterte also urged the public to believe in vaccine czar Carlito Galvez Jr. and to ignore the administration's critics.

"At the end of the day, you will see that everything has been done in accordance with the rule of law," he added.

Share
Previous Coronavirus: What’s happening in Canada and around the world on Feb. 1
Next ‘Daddy, look at this:’ 4-year-old discovers dinosaur footprint on the beach