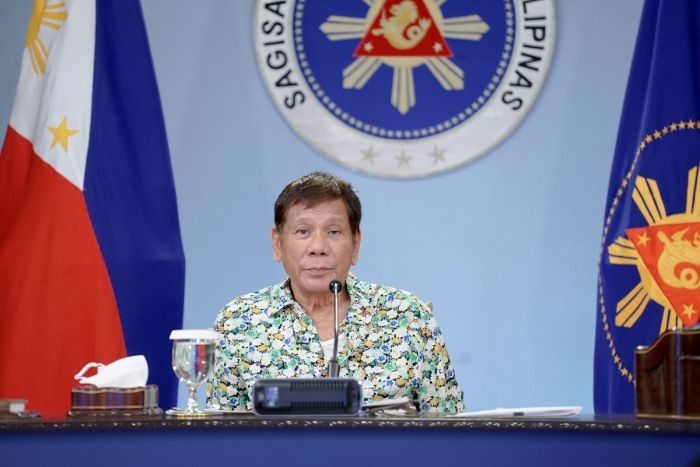 MANILA, Philippines — President Rodrigo Duterte will not be attending the Association of Southeast Asian Nations summit in Jakarta, Indonesia, over the weekend, Malacañang confirmed.

Instead, top diplomat Teodoro Locsin Jr. will be attending as Duterte's special envoy to the meeting where leaders are expected to tackle the mounting crisis in coup-hit Myanmar.

"The president has decided to remain in the country to attend to pressing concerns in light of the surge in COVID-19 cases," the Department of Foreign Affairs said in a statement.

Presidential spokesman Harry Roque earlier said Duterte would not be attending over concerns that the summit would be held face-to-face.

"The president, through Secretary Locsin, will convey the Philippines’ commitment to ASEAN’s collective efforts in addressing threats and challenges to peace and stability in the region," DFA said.

"Secretary Locsin will also express the Philippines’ strong support to the initiative of Brunei Darussalam and the Secretary-General of ASEAN to use their good offices, in accordance with the ASEAN Charter, to visit Myanmar and spearhead ASEAN’s response to the crisis in Myanmar."

A local monitoring group estimates that at least 739 people have been killed since the military ousted its democratically-elected leader Daw Aung San Suu Kyi on February 1.

Unlike other inter-governmental organizations, the ASEAN holds non-interference as one of its core principles.

While the UN Human Rights Council has formally condemned the violence in Myanmar and the European Union has hit the military with sanctions, ASEAN has been more measured in its tone, even inviting coup leader Min Aung Hlaing to attend the upcoming summit.

A report from Reuters said UN special envoy for Myanmar Christine Schraner Burgener will hold sideline meetings with senior officials ahead of the summit which she will not be attending.

The Philippines, while calling for Suu Kyi's freedom and a return to the "status quo," has stopped short of condemning the junta. It also "dissociated" from the UNHRC resolution, joining China, Russia, Venezuela and Bolivia in doing so.

In addition to the crisis in Myanmar, DFA said the summit will "address urgent matters in the region, including recovery efforts…ASEAN community building efforts, external relations, and regional and international issues."

Senators earlier this month called on the government to cooperate with other countries to address the outsized presence of Chinese vessels in the West Philippine Sea.

— with a report from Agence France-Presse