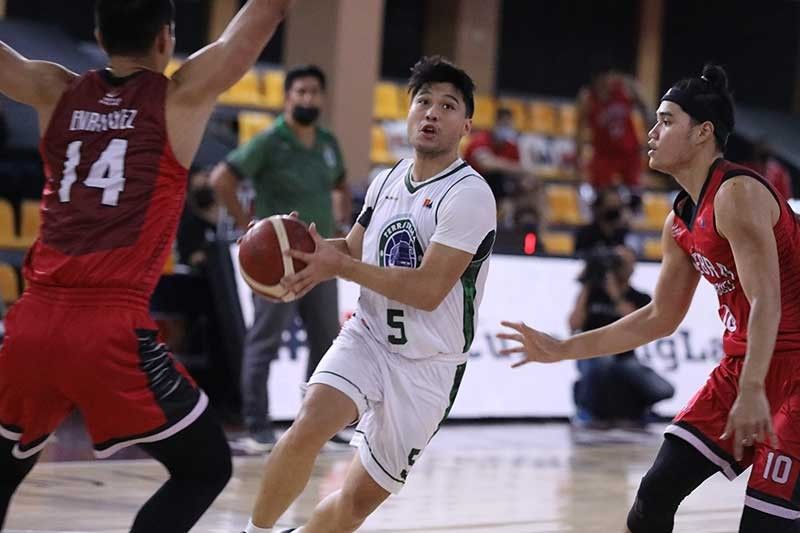 Two days after beating San Miguel, the Dyip have made it two wins in a row with their latest upset coming against the Ginebra Gin Kings, 95-90, at the DHSVU Gym in Bacolor, Pampanga on Friday.

‘I just have fun’: Dyip’s Tiongson shrugs off career-high vs Beermen

Juami Tiongson had another career-high performance, this time with 31 points, to give the franchise its first winning streak since 2017 and their first win over Ginebra since joining the PBA in 2014.

Buoyed by their stunning OT win over the Beermen, the Dyip came into the game with guns blazing and held the lead for majority of the 48 minutes.

At their most dominant, Terrafirma was ahead by 17.

But the defending champions wouldn't go down without a fight after they climbed out of the hole and cut the lead to just three, 85-88 after a Christian Standhardinger free throw with 1:15 ticks left remaining.

It would take a dagger three pointer from Rashawn McCarthy to push the lead back up to six with less than a minute left in the game to give Terrafirma enough breathing room.

A Stanley Pringle triple would give some hope to a comeback by Ginebra, 90-93, with seven seconds left.

But forced to play the foul game, Tiongson would calmly sink two free throws with two ticks left on the clock to seal the game.

Eric Camson played supporting role to Tiongson's 31 points with a double-double of 15 points and 13 rebounds.

Standhardinger led all scorers for Ginebra with 17 points.

Terrafirma Dyip thus improved their record to 2-4, while Ginebra fell to 2-3.