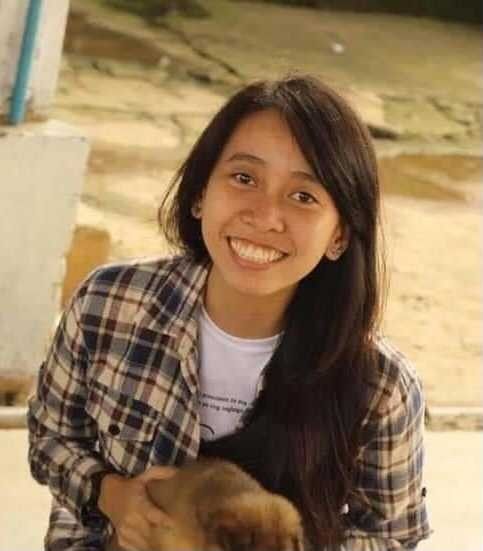 This photo shows Amanda Lacaba Echanis who was arrested at dawn on December 2,2020

MANILA, Philippines — Elements of the Cagayan office of the national police's Criminal Investigation and Detection Group were reminded Sunday to refrain from interrogating detained peasant organizer Amanda Echanis in detention while investigative proceedings were still ongoing.

In a statement, lawyer Luz Perez, the legal counsel of Echanis, slammed what she said were intelligence and CIDG agents "closely guarding Amanda and wanting to ask her a few questions."

Echanis, the daughter of murdered peace consultant Randall Echanis, was arrested on December 2, by combined personnel of the PNP, CIDG and the military over charges of illegal possession of firearms and explosives.

She remains detained along with her month-old infant son, Randall Emmanuel at the CIDG facility in Camp Adduru, Tuguegarao City.

"May we remind the CIDG Cagayan Region 2 to refrain from “interviewing” or attempting to “interview” our client, Amanda Echanis. The case is now pending before the court. Hands off Amanda!" Perez said.

"Amanda remains innocent until proven guilty. Her arrest was illegal and baseless as shown in the manner and course of serving the warrant and carrying out of the search."

Police leadership has publicly accused Echanis without proof of being a ranking officer of the New People's Army in its reports and statements, while Perez contends that the search operation by law enforcers came before the warrant was actually issued, thus making the arrest of Echanis "highly irregular and questionable."

"Amanda's custodians must conscientiously observe the rights of the victim who is under their custody. Amanda is still recovering from childbirth, and any undue stress caused by her captors might affect her and the baby's health," Perez said.

The legal counsel in her statement also cited Article 3, Section 12 of the country's 1987 Constitution, which states that: "Any person under investigation for the commission of an offense shall have the right to be informed of his right to remain silent and to have competent and independent counsel preferably of his own choice."

Republic Act No. 7438, which outlines the Rights of Persons Arrested, Detained or Under Custodial Investigation, stipulates in Section 2a that "any person arrested detained or under custodial investigation shall at all times be assisted by counsel." It also says that it is the "policy of the Senate to value the dignity of every human being and guarantee full respect for human rights."

"There was first an invalid, illegal search that was conducted by the military before the supposed legal search by the CIDG," Kilusang Magbubukid ng Pilipinas chairperson Danilo Ramos said for his part.

KMP is among the litany of groups and organizations demanding the immediate and unconditional release of Echanis, which includes lawmakers and the government's own human rights commission.

That same day, Amanda's former classmates, friends and fellow artists organized the Free Amanda Echanis Network, which started an online petition also calling for the immediate release of Amanda with her month-old baby Randall Emmanuel, and the junking of the trumped-up charges filed against her.

Some 1,150 University of the Philippines students, faculty, alumni and other community members have signed the statement as of this post.

While Echanis remains detained over the same charge, a majority of the more than 600 political prisoners in the country are detained for, the gruesome killing of her father remains unsolved to this day, while the PNP has defended its rough treatment of his cadaver.