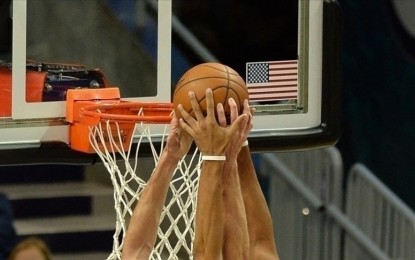 The 28-year-old, who led the Sixers with 33 points and 13 rebounds against the Raptors, dropped the winning three-pointer with 0.8 seconds left in overtime at the Scotiabank Arena in Toronto.

“Great play call. Tobias set an amazing screen, Danny threw a great pass,” Embiid said about the finisher, “All I had to do was finish, and I’m glad I did.”

“It felt great but the job’s not done. We’ve got to get one more,” he added.

OG Anunoby dropped 26 points, while Gary Trent Jr. had 24 points for the Raptors.

Meanwhile, the Chicago Bulls tied the series 1-1 after a 114-110 victory against Milwaukee Bucks. (Anadolu)