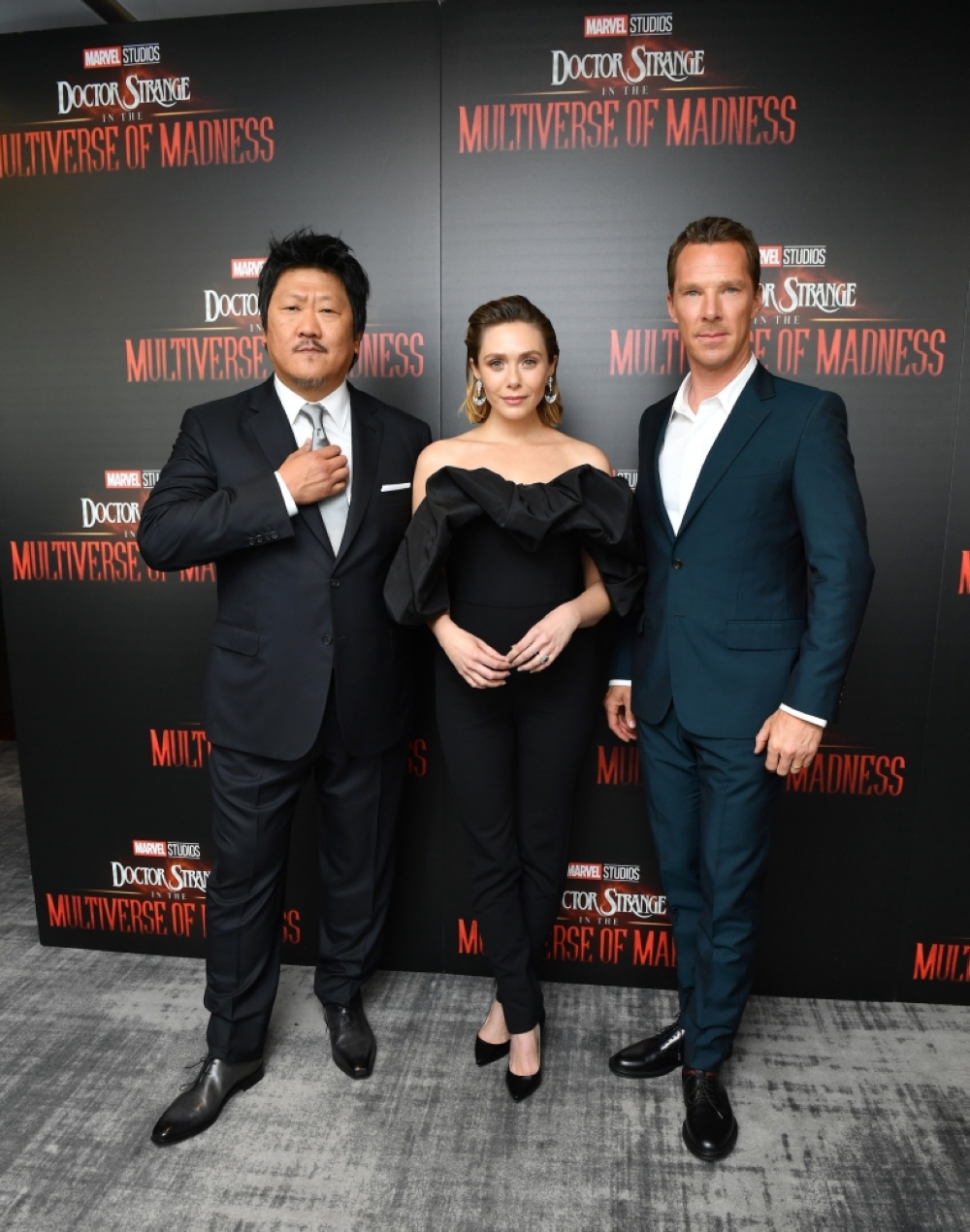 It's difficult to work on a pop culture piece on election day. Even if it is a Marvel movie, it's the last thing on (most of) our minds. “Doctor Strange in the Multiverse of Madness,” the 28th and newest film in the Marvel Cinematic Universe, has arrived. Oddly enough, at a time when there are moments when it feels like we have slept in one universe and have woken up in another.

While this is a Doctor Strange movie, so much of it belongs to Scarlet Witch/Wanda Maximoff. That said, this is the kind of movie that requires previous knowledge of the MCU, and it helps immensely if you got to see the series “WandaVision” because the plot is connected to Multiverse of Madness. Seeing “What If” also helps with the appreciation. Watching “Loki” gets one further used to this multiverse concept, and the newest Marvel series, “Moon Knight,” gets us into the magical, mystical direction the mega-franchise is taking for this moment. We don't have Disney+ in the Philippines yet — even if there are sure to be paying subscribers. However, we have what my friend likes to call “The Jack Sparrow Network” for accessing these shows.

“Multiverse of Madness” is directed by Sam Raimi, known for the Evil Dead movies and the Tobey Maguire Spider-Man movies in the 2000s. Raimi stepped in for “Doctor Strange” director Scott Derrickson who left over the usual “creative differences.” Raimi's touches are all over the film, and while there is an element of horror, it's still rated PG-13. If I mention the things, then I may take some of the scares away.

When it comes to big-budget movies like this with a big hero, tons of special effects and surprises while covering a concept such a multiverse — I still find it best not to overthink the whole enterprise. It may just lead to plot point confusion. It's a bit sad, though, because you want to relate to your heroes somehow and invest in what they're fighting for, not just be distracted by the trippy visuals and cameos. Multiverse of Madness if anything, seems a lot like a device to continue setting the stage for the coming films instead of being something I can connect with. It's a bit like a horror house ride at a carnival, you get amused, and then you step out, and that's that.

Multiverses are the “in” thing — DC is doing it, Marvel is doing it, and I am not sure if there will be a Philippine release for it, but “Everything Everywhere All at Once” with Michelle Yeoh also deals with alternate realities and parallel universes but in a novel, brilliant, wacky, unexpected, touching and beautiful way.

Right now, the Multiverse allows these big outfits opportunities for fan service (hello, “Spider-Man: No Way Home”), and it seems like death will mean less and less for a superhero because, in another universe, they could be alive, living in the Philippines, scrolling through Facebook, maybe reading this article and wanting not much more than keeping their sanity for a string of days.