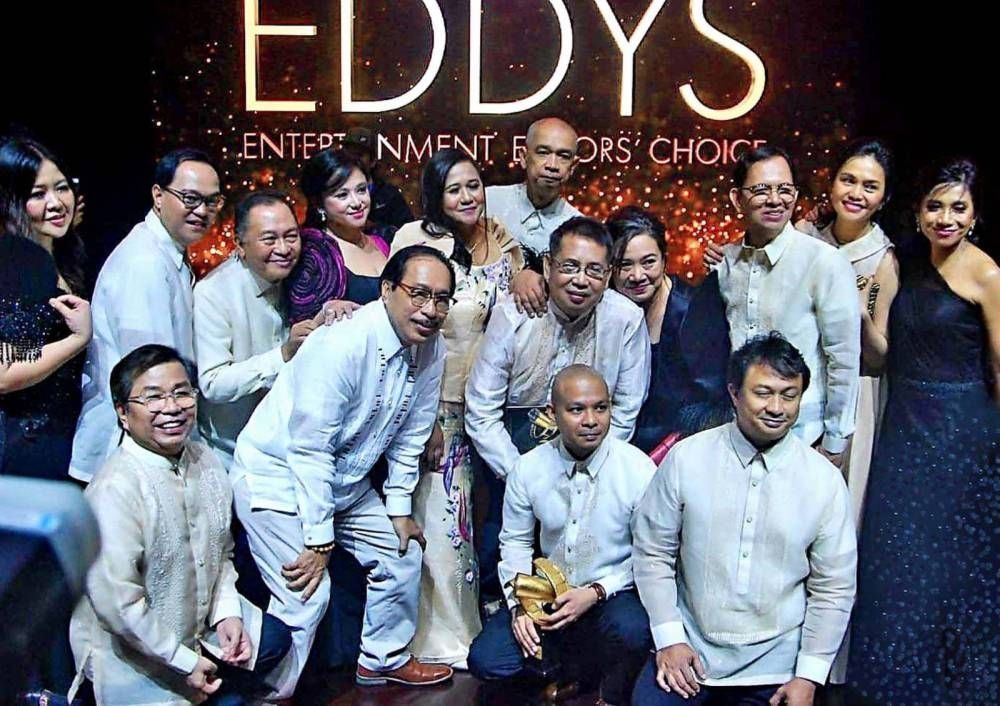 Eugene Asis (first row, second from left) and the Society of Entertainment Editors (SPEEd)during the last onsite edition of The Eddys in 2019. The fourth awards ceremony was held onlinedue to pandemic restrictions.

Asis co-founded what initially began as a social club for Entertainment editors of the national broadsheets and top tabloids with the late Isah Red of The Manila Standard and SPEEd's president emeritus.

Immediate past president Ian Farinas, who dutifully fulfilled her responsibilities well beyond the biennial term of leadership, happily turned over the post to Asis, full of confidence his decades-long experience in the industry and unwavering vision to help uplift the quality of Filipino movies to global standards will only steel the group and further its success.

Asis started his career in journalism in the early '80s as a writer for Kislap, Liwayway, Jingle Extra Hot and Orig Magazine where first became editor in 1982. He has been editor of People's Journal's entertainment section since 1990. Eventually dabbling into writing and directing movies, Asis also co-hosted a number of showbiz oriented TV shows, namely “Channel S” and “Movie Magazine” on GMA Network. But ultimately it is his front-row seat in the ups and downs of the local movie industry that has long made Asis an authority in local show business. It is not uncommon for seasoned actors, producers and directors to seek his advice on important matters.

Asis' top priority as he assumes the leadership of SPEEd is to mount the 5th edition of The Eddys or The Entertainment Editors' Choice movie awards by November.