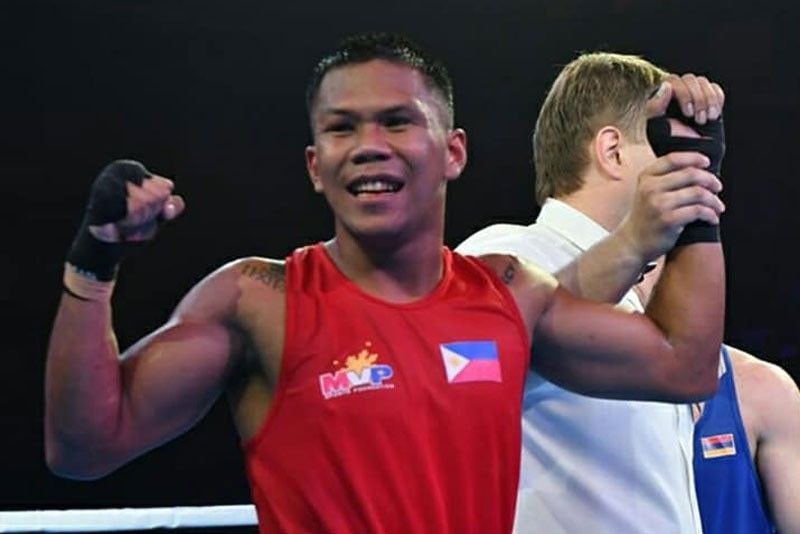 MANILA, Philippines — A wake-up call to all.

That is how Association of Boxing Alliances of the Philippines (ABAP) president Ricky Vargas described the heartbreaking performance of Tokyo Olympics-bound Eumir Marcial and Team Philippines in the ASBC Asian Elite Championships in Dubai.

The effort was made more painful by the embarrassing 0-5 defeat suffered by Marcial, who is seeded No. 1 here being a World Championship silver medalist, at the hands of Uzbek Saidjamshid Jafarov, a middleweight who did not even qualify to Tokyo.

Interestingly, the country did not enlist its other Summer Games-bound bets Irish Magno, Nesthy Petecio and Carlo Paalam due to quarantine reasons, leaving Marcial and Gabuco as the only Marquee pugs to lead the way for the country.

“Allow me to first congratulate all our boxers in the tournament, you gave it your all, and we are proud of all of you,” said Vargas in a statement Saturday. “We are of course saddened by the loss of Eumir Marcial, but that’s boxing.

“Adjustments will have to be made and there is some time left. That said, I think this should be a wake-up call for all concerned, not just to Marcial,” he added.

Vargas remained firm in his belief that Marcial, Magno, Petecio and Paalam have the ability to deliver the country’s first Olympic gold.

“We all need to be united behind our four boxers in their quest for Olympic glory. Aside from Marcial, we believe Irish Magno, Nesthy Petecio and Carlo Paalam have equal chances to perform well in Tokyo,” said Vargas.

“Considering that this was our boxers’ first competitive exercise in over a year, the results were not particularly worrisome. We had mostly new guys in the line up because our top tier boxers are in Thailand, so four bronze in an Asian championship is nothing to be ashamed of,” he said.

ABAP is sending Marcial, and hopefully Magno, Petecio and Paalam, to a multi-nation training camp organized by USA Boxing in Colorado Springs for its final windup for Tokyo.