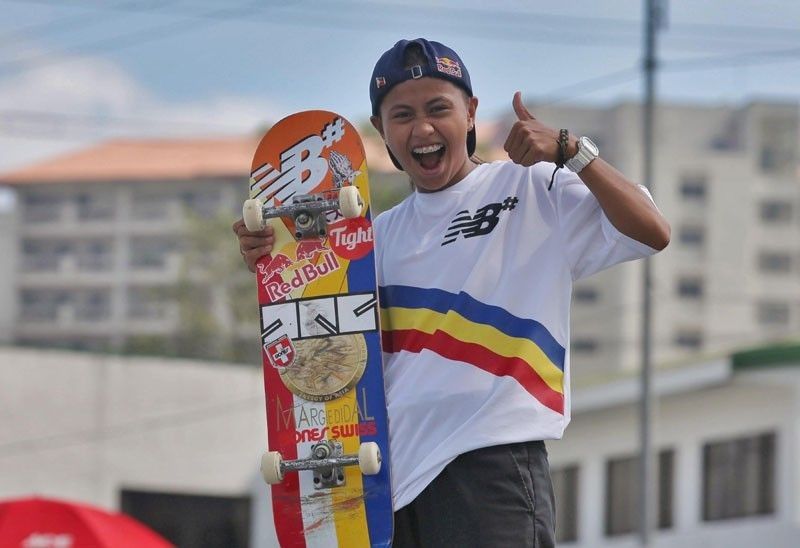 MANILA, Philippines — Filipina skateboarder Margie Didal is headed to Europe from the United States to pursue her Olympic dreams.

The Southeast Asian and Asian Games gold medalist failed to clinch an automatic berth to the Summer Games in Tokyo after falling short in the Dew Tour Des Moines 2021.

Didal made it to the semifinal round consisting of 25 qualifiers but fell short in her bid to land in the final eight and wound up just 12th overall with a best score of 12.06.

The 21-year-old Cebu pride, whose trip is bankrolled by the Philippine Sports Commission, however, earned Olympic qualifying points that should help her keep, if not improve, on her current world street skateboard rankings of No. 14.

Didal will have a chance to either qualify or earn more Tokyo ranking points as she is scheduled to see action next in the Street World Championships 2021 set May 30 to June 6 in Rome, Italy.

If not, Didal could still make it via the other way — finish in the top 16 of the world rankings.

Initially, the top 20 after the June 29 cut off would advance.

But since the top three in Rome will earn outright Tokyo seats and Japan gets one slot as host, only the top 16 who haven’t qualified yet will receive berths in the quadrennial event.

And Didal is hoping and praying she’ll end up with one.