Ex-Olympian urges Eumir Marcial to ‘train as an amateur’ 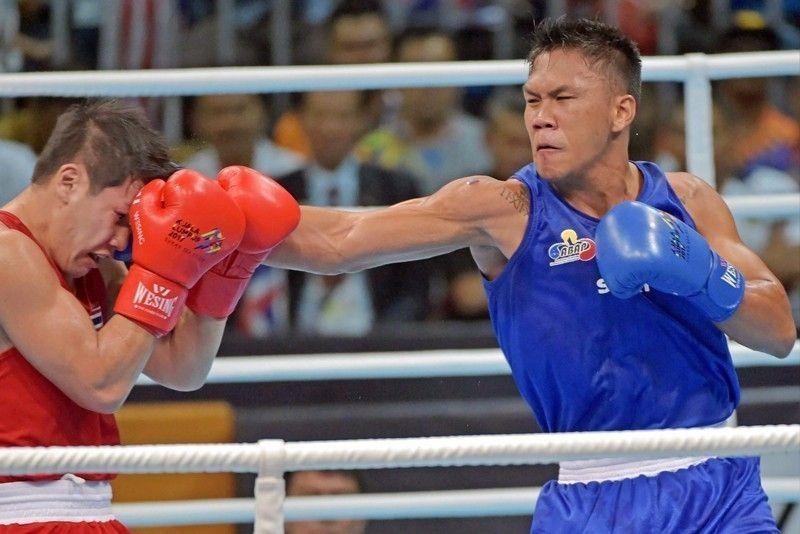 MANILA, Philippines – From one Olympian boxer to a future one, Ronald Chavez on Monday gave this piece of advice to Eumir Marcial — to succeed, he must train as an amateur.

Marcial, who won his first pro fight in the United States last year, has opted to train in Los Angeles rather than be with the national team after insisting he had better sparring partners there.

But Chavez — an Asian Games gold medalist — stressed it would do Marcial more good than harm if he joins fellow Tokyo-bound pugs Irish Magno, Nesthy Petecio and Carlo Paalam, and the rest of the national team in Muak Lek, Thailand where they are currently training.

As for sparring partners, Don Abnett, the country’s Australian consultant, said there are two to three Thais who are as strong, if not better, than Marcial.

“They have good boys here, the training is second to none and it would be good for Marcial,” said Abnett.

After much pleading, Association of Boxing Alliances in the Philippines (ABAP) secretary-general Ed Picson said Marcial, who has been in his hometown in Zamboanga with his family for two weeks now, has finally agreed to join the Nationals after the Asian Elite Championships slated May 21 to June 1 in Dubai.

It would also help Marcial and the team that Thailand is organizing a mini invitational tournament that could draw boxers from Colombia, Australia Azerbaijan and possibly Cuba.

“We hope Eumir can catch up,” said Picson.