Explainer: Why the price of nickel is rising

Share prices of local nickel mining companies have been rising as the industry is riding high on the surge of ore prices in the global market due to strong demand coupled with supply disruptions.

Demand for nickel has been rising as the global economy recovers as it is an ingredient for making stainless steel. In recent years, global demand has been further boosted by the growing popularity of electric vehicles since nickel is also one of the major ingredients for making rechargeable batteries.

Photo from Mines and Geosciences Bureau

Russia’s invasion of Ukraine and the punitive sanctions imposed by the West on the aggressor have resulted in disruptions in the supply of nickel ore. Russia is the world’s third largest exporter of nickel, accounting for about 10 percent of the global supply.

Trading of nickel has been suspended at the London Metal Exchange last Tuesday and is set to resume today, Friday, after prices surged 250 percent to over $100,000 per ton, due to a short squeeze wherein short sellers had to scramble to buy nickel at higher prices after betting prices would decline.

“Clearly, the price movements in the past two days are not driven by fundamentals,” said Abacus Securities Corporation in a note to clients last Wednesday.

It added that, “Once the squeeze is over, the metal is likely to fall back below $30,000 per ton as quickly as it zoomed. Although Russia accounts for 7 percent of global nickel production and about 20 percent of high grade (class 1) nickel, China-funded plants in Indonesia are beginning to ramp up output of nickel matte.”

“This product is made from laterite but can be used as a substitute for class 1 nickel in EV battery production. If Indonesian nickel matte producers do deliver this year, it will significantly reduce the car industry’s reliance on Russia,” Abacus noted.

Prior to the surge caused by the Russian supply disruption, global nickel supply was also constrained by Indonesia’s ban on the export of raw ore in favor of locally processed nickel which has higher nickel content. Indonesia is the world’s top nickel exporter.

The rise in metal prices has boosted the earnings of Philippine nickel ore exporters led by Nickel Asia Corporation which reported a 92 percent surge in net income last year to P7.81 billion.

“This year’s profit is likely to remain buoyant given the surge in both nickel and iron ore prices,” said Abacus adding that, “Further down the road, where it goes will depend on how soon new nickel processing plants in Indonesia can replace the volume of class 1 nickel from Russia.”

COL Financial said “prices for nickel will continue to be supported by the ongoing Indonesian nickel ore export ban, as well as the proposal by the Indonesian government to impose a levy on the export of some nickel products.”

“We also remain positive on the long term outlook for nickel due to the rising EV battery demand,” it added. 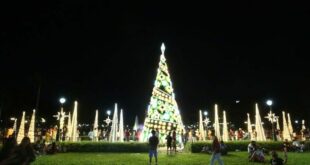 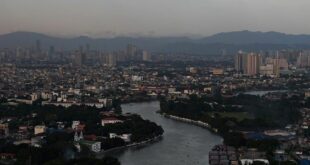 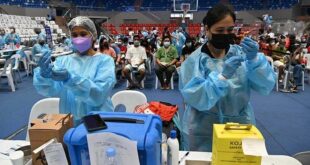 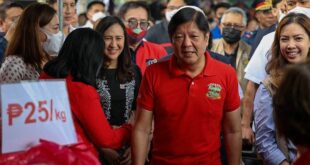 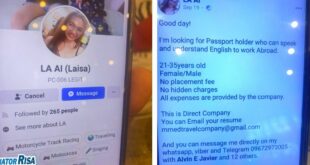 MANILA, Philippines – The Department of Education has released guidelines for Christmas festivities held in …