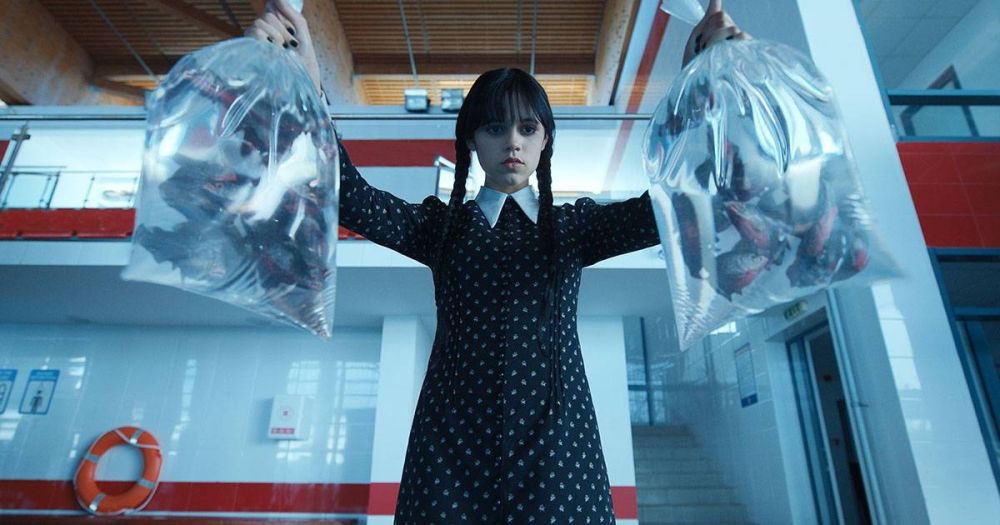 I checked in on what people were consuming this week. The new subscribers to Disney+, which launched ten days ago, got lost in the platform's catalog and watched everything from the current favorites (“Andor”) to the recent movies they missed (“Soul”) to classics from their childhood (“The Rescuers”).

Then there are the cinematic releases — “The Menu” with Ralph Fiennes and Anya Taylor-Joy which is classified as both a horror film and dark comedy with a dash of social commentary. I felt this was the kind of movie I needed to watch with a companion—I need someone to laugh/cringe/get grossed out and jolted with.

“Triangle of Sadness,” another critically praised dark comedy is out, with actress Dolly de Leon gracing the local red carpet. There's “Bones and All” which my friend Jackie is excited to see — Wikipedia classifies it as a 'coming-of-age romantic horror road film' and the blurb on the Esquire site calls it a “Timothée Chalamet Cannibal Movie.”

On Netflix, the series finale of “Dead to Me” and season five of its heavy hitter, “The Crown” are also out. I must say season four of “The Crown” will be such a tough act to follow with its storyline and the cast that earned all these acting nominations and awards — Olivia Coleman (Queen Elizabeth), Helena Bonham Carter (Princess Margaret), Gillian Anderson (Margaret Thatcher), Emma Corrin (Diana Spencer), Josh O' Connor (Prince Charles) and Tobias Menzies (Prince Philip).

I ended up with the series that finds itself currently at number one on the service, ahead of both “Dead to Me” and “The Crown” — “1899.” Series creators Jantje Friese and Baran bo Odar are best known by their previous work, “Dark.”

Maura Franklin, a doctor, is a passenger on the Kerberos, a ship traveling from Europe to the New York with people from all over the world (and maybe other worlds too) — Spanish siblings, a Chinese mother and daughter, a French couple, a Polish boiler room worker, a German captain, a Danish family in the lower decks, etc.

There's a mysterious quality about these passengers. Maura herself is already trying to put together a puzzle involving her missing brother who she believes was on a ship called the Prometheus.

After four months of supposedly being lost at sea, the Kerberos picks up a signal from the Prometheus and things get stranger, creepier, mistier and more mysterious.

This show is great if you're into puzzles, and if you like the work of H.P. Lovecraft where some supernatural terror or the loss of your sanity could be just around the corner and poking around could lead to discoveries you maybe wish you didn't make; there's also the late 19th century period setting with all the temptation to make this whole enterprise go steampunk.

We're heading into Christmas but there's still so much more on our screens. By the time this sees print, “Wednesday” will also be out on Netflix. Now, to actually find the time and maybe even companions to enjoy these with.