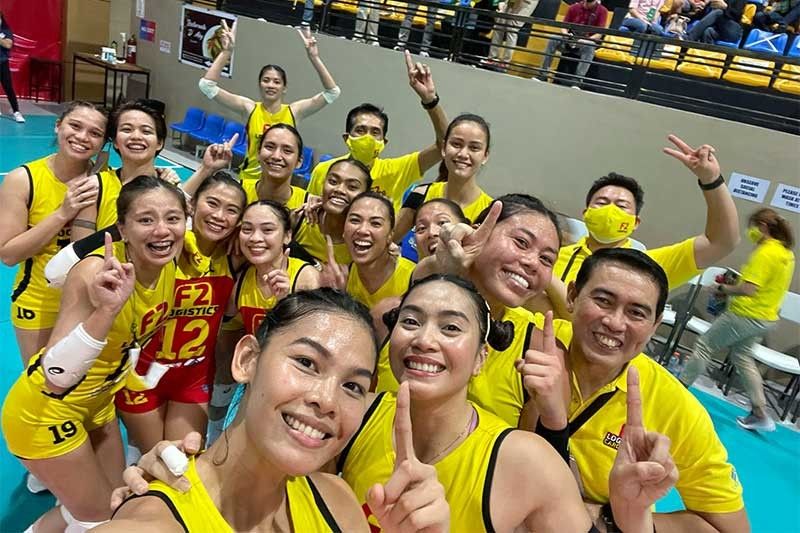 Flashing the same brilliance like they never left, the Cargo Movers ran through the six-team competition without dropping a single set for a roaring return in Philippine volleyball action after almost two years.

“We did not expect this (dominant showing) given a short preparation time but our familiarity and chemistry may have spelled the difference. That worked as our advantage,” said coach Ramil de Jesus, whose wards last played in March 2020.

Dy was hailed as the first PNVF Champions League Most Valuable Player due to her consistent performance in the five-day, single-round robin tilt plus a Best Opposite Spiker citation.

Santiago-Manabat’s 17 points went for naught for the Crossovers, who fell short in their bid for a second straight title after ruling the first pro season of the Premier Volleyball League (PVL) in Ilocos Norte this year.

Earlier, vengeful Petro Gazz vented its ire on Tuguegarao Perlas with a 25-11, 26-24, 19-25, 25-20 victory to salvage the bronze medal after absorbing a shocking upset loss against California Precision Sports the other day.

Ria Meneses (19), Ces Molina (14), Grethcel Soltones (11) and Jessey De Leon (10) connived in a balanced attack for the Angels (2-3), who claimed their second bronze medal this year after also finishing third in the PVL.

Tuguegarao Perlas settled for fourth place with a 2-3 slate while CPS (2-3) and Baguio (0-5) wound up at fifth and sixth, respectively.