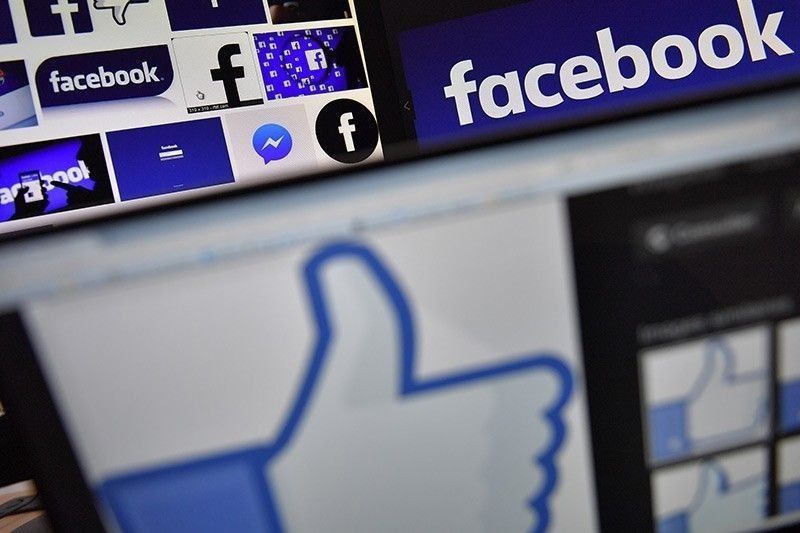 MANILA, Philippines (Updated 6:20 p.m.) — A lawmaker on Monday had two of his Facebook accounts removed after the social networking platform found a number of "community standard violations" in his content.

Rep. Mike Defensor (Anakalusugan), recently in the news for touting antiparasitic drug ivermectin against COVID-19, complained about his accounts getting blocked after he posted what he claimed was an "analysis" of COVID-19 case updates in the United Kingdom, Israel, United States and in Uttar Pradesh, India.

To recall, Defensor was among the organizers of a "pantry" that distributed the antiparasitic drug ivermectin, prescriptions of which did not include the required doctors’ names, license numbers, and professional tax receipt numbers when they were given out.

The post in question saw Defensor bringing up the animal drug once more, arguing that Uttar Pradesh, a state in northern India, has lower coronavirus cases despite having relatively lower vaccination numbers.

Defensor claimed this was because the poor region, also India's most populated, was "the first" to take ivermectin. He claimed the region "continues" to lean on the veterinary drug.

The Department of Health has maintained its position not to recommend ivermectin as treatment for the coronavirus, saying the anti-parasitic drug was found not to have any effect on severe COVID-19 cases in a study in the United States.

As a result of Facebook's blocking, Defensor's Facebook page "Anakalusugan Partylist Cong. Mike Defensor" is "at risk of being unpublished."

A warning by Facebook added that the page now has "reduced distribution and other restrictions, due to continued Community Standards violations." The page is also no longer being suggested to other Facebook users.

"Facebook just blocked me for giving my analysis on the Covid update report posted in the internet… I think it's about time that we investigate the policies on censorship of Facebook," he said.

"There's a difference between fake news and expressing your opinion based on facts," Defensor, who is not a medical expert, also said, adding that he would file a resolution for the House to probe Facebook's censorship policies.

It also says that "based on input from experts in health communication and related fields, we are also taking additional steps amid the pandemic to reduce the distribution of content that does not violate our policies but may present misleading or sensationalized information about vaccines in a way that would be likely to discourage vaccinations."

Under its "Regulated Goods Policy", Facebook prohibits content that "makes mention of medical products and COVID-19, and indicates a sense of urgency or claims that prevention is guaranteed."

It says it also prohibits posts that claim to offer cures for COVID-19, saying public health authorities have advised them that "if peoplet thought there was a guaranteed cure or prevention for COVID-19 [this] could lead them to take incorrect safety measures, ignore appropriate health guidance or even attempt harmful self-medication."

Facebook previously also said that it will no longer give politicians blanket immunity for deceptive or abusive content based on their comments being newsworthy.

It earlier removed a network of accounts, pages, and groups linked to the Philippine military and national police due to "coordinated inauthentic behavior on behalf of a foreign or government entity."

The country's clinical trials on the use of ivermectin as a treatment COVID-19 start in August and for which the government allocated P22 million.

Scientific evidence of the drug's use against COVID-19 remains scant, though Defensor continues to point to anecdotal "proof." — with a report from Xave Gregorio and Agence France-Presse

(Editor's note: An earlier version of this article referred to Defensor's post as disinformation, the headline has since been changed to 'misinformation' since disinformation assumes an intention to deceive.)

Cagayan cops plant over 100,000 trees in support of dealing with harsh impacts of climate change