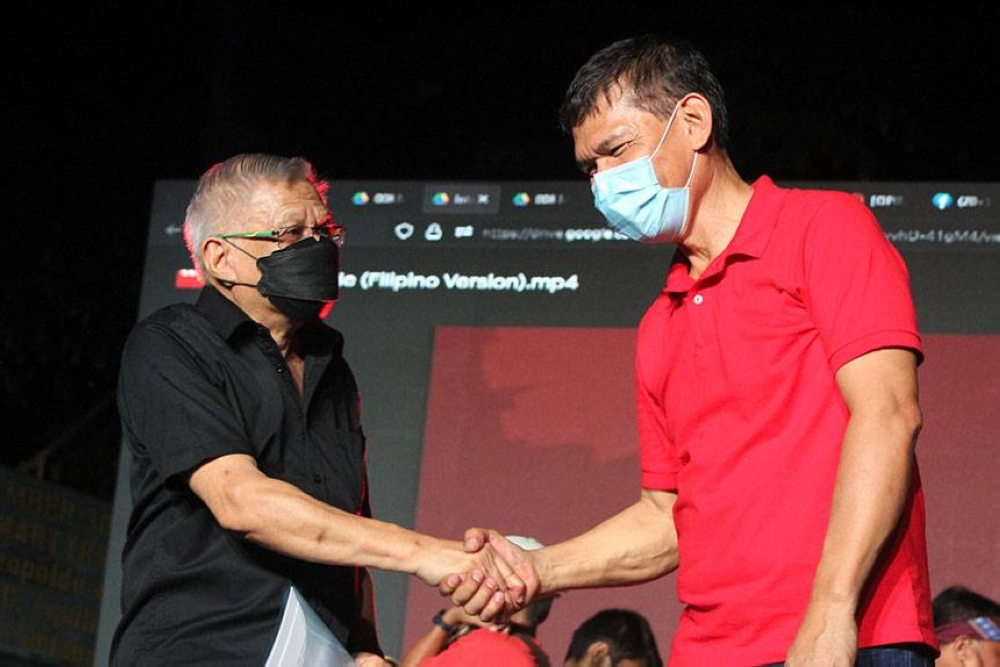 WITH less than a month to go before election day, Leodegario “Ka Leody” de Guzman is a presidential candidate standing on a precipice. The view ahead probably seems discouraging, and if his poll numbers do not improve dramatically, he and his like-minded colleagues are likely to be repudiated by voters.

As people have learned, Mr. de Guzman is a labor activist and chairman of a socialist federation of militant unions. He chose a social activist as his running mate, Dr. Walden Bello.

Dr. Bello has impressive academic credentials, including a post-graduate degree from Princeton University and a teaching post at the University of the Philippines. He even has experience in lawmaking, having served as an Akbayan party-list congressman.

According to their platforms, Mr. de Guzman and Dr. Bello are running to help workers and others in the lower class, including farmers and the urban poor. And yet their poll numbers are abysmal, even among the socioeconomic classes that they claim to be championing.

Their senatorial slate is not doing much better. Only one, reelectionist Ana Theresia “Risa” Hontiveros-Baraquel, is within striking distance of winning one of the 12 seats up for grabs. It may be interesting to note that she is relatively more centrist than the others on their coalition slate, which is dominated by candidates who are farther to the left in the political spectrum.

Of course, the race is not yet over, but this early, they may want to reflect on their political philosophy. An electoral loss, should that happen, may be instructive and perhaps help this group play a more constructive role in policymaking in the future.

After all, socialism is not without some merit. And, of course, a legitimate political opposition serves a purpose, like defanging the so-called tyranny of the majority and refining policies and programs so that they are more inclusive. Indeed, compromise is a pillar of a functioning democracy.

Mr. de Guzman and other candidates belonging to the Left could have gained more popularity if they had spoken out against using violence as a political tool. Instead of condemning such acts, particularly those perpetrated by communist rebels, they appealed for public understanding for the plight of the poor and oppressed in society.

Like those they criticize, their political camp is not above distorting history to their advantage. While they criticize the human rights abuses committed during the martial law years, they neglect to mention that the communist New People's Army was also committing atrocities, such as the bombing of Plaza Miranda in 1971, and was working to violently overthrow the government.

Even today, Mr. de Guzman and his ticket remain antagonistic against entrepreneurs and others they tag as “capitalist.” In doing so, they appear stuck in the past, particularly with the concept of class struggle as set out by Karl Marx.

They should read more perhaps from other critics of capitalism like Thorstein Veblen. He wrote that the lower class does not want to overthrow the leisure class. Instead, the poor admired those in the upper class and wanted to be them.

Evidently from this campaign season, those outside the halls of power, including the leftists, also want to become the ruling class. Actually, there is nothing wrong in giving them a place at the table, so to speak. That is probably why several party-lists allied with Mr. de Guzman and his ticket have been winning seats in the House of Representatives.

In fairness to Mr. de Guzman, he did say that his vision for the country includes a place for the capitalists. But he neither offers specifics nor mentions any other country or society that he would like to be a model for the Philippines if elected.

With such vagueness, one can only assume that his political camp's real aim is premised on an ideology that has been discredited since the collapse of communism in 1989. And what Mr. de Guzman and others in his camp actually want is not to spread the wealth, but to have everyone share in the misery.

If this observation proves correct, no wonder many of the voters are already saying, no, thank you.