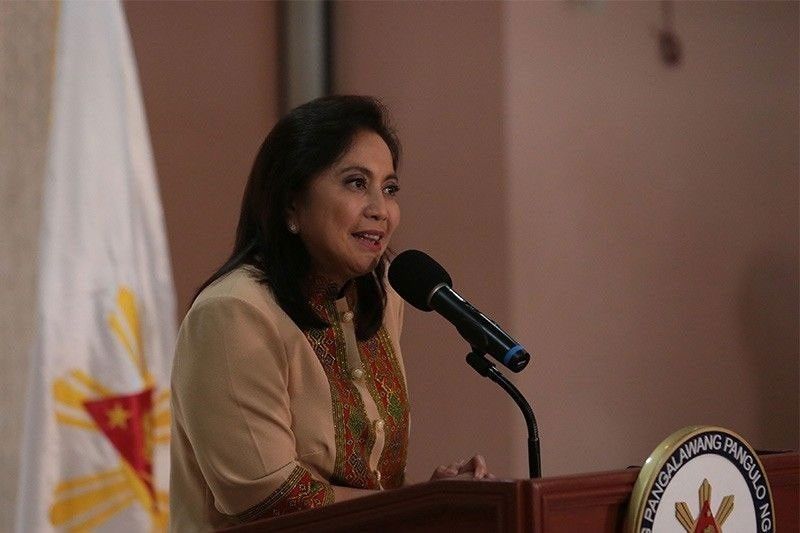 MANILA, Philippines — Calls asking where Vice President Leni Robredo was throughout the onslaught of Tropical Depression Vicky only serve to acknowledge her position as the second-in-command, she pointed out on her radio show Sunday morning.

Robredo was referring to the viral hashtag #NasaanAngBisePresidente on social media, which administration supporters hurled at the vice president in reference to the viral #NasaanAngPangulo used against President Rodrigo Duterte.

READ: As #NasaanAngBisePresidente trends, Robredo has been helping out all along

"So I'm really the vice president that they're looking for. And that is pleasing," she also said.

The same social media users made sure the hashtag resounded online, though it turned out Robredo had been coordinating with affected areas and extending aid the entire time.

In the aftermath of the torrential rains and massive flooding caused by Typhoon Ulysses, Duterte claimed his radio silence as Filipinos died was due to the fact that he was a "night person."

Robredo added in her show that she had received threats against her life if she showed up to extend aid in Mindanao, the home region of Duterte, saying she won't go home alive if she goes there amid the calamity.

"It's sad that there are people like this during times of calamity," Robredo said.