Share
Saskatchewan·New
Newcomers to Canada face barriers to finding jobs in their field, including a lack of Canadian work experience and references. A federally funded program helps refugees and immigrants get paid work experience.

Fashion designer Soniagandhi Chinnasamy left her job at a clothing company in one of India's largest cities last year to move to Canada with her husband, a chef who landed a job at a hotel in Saskatchewan.

The 28-year-old woman struggled to find a job in her field in Regina. She said she was repeatedly rejected for her lack of Canadian references and began questioning her future in Canada.

"When they said no experience — no Canadian experience — I don't know what to do because if someone gives me a chance to work, then only can I gain experience, right?" she said.

The unemployment rate is generally twice as high for newcomers to Canada who have been in the country for less than five years than for other workers, according to Statistics Canada.

Chinnasamy, who holds a college degree in textiles and fashion design, is self-conscious about her limited English, but she's confident that, if given the chance to prove herself, her skills and work ethic would speak for themselves.

In December, Chinnasamy started working part time at the Dean Renwick Design Studio in Regina, a fashion house known for custom couture, after getting a little help through the door from a six-week federally funded work placement.

Chinnasamy is one of thousands of workers expected to benefit from more than 270 employment training programs across Canada that target young people under 30 who face barriers, including people of colour and those who recently arrived in the country, live with disabilities and experience homelessness or poverty.

In March, the federal government invested nearly half a billion dollars over three years through its Youth Employment and Skills Strategy (YESS) program to fund the projects.

It pays participants a minimum wage while they take eight weeks of job readiness training that helps with letter writing, interview skills and workshops on workplace culture. The training is followed by six weeks of work experience. The agency recruits local companies that put newcomers on the payroll for six weeks, reimbursed by Ottawa.

Willow Iorga, an employment instructor with the Regina Open Door Society, said the value of the work placement is significant for young refugees and immigrants.

"It's standard to have three professional references. A lot of times they don't have any Canadian references, so it provides a reference, it provides Canadian experience and then the opportunity to network," she said.

Iorga said she was initially worried that local companies would be reluctant to take interns during the COVID-19 pandemic and was relieved to find that wasn't the case.

At a marketing firm in downtown Regina, two of her students have managed to turn their internships into real jobs.

Hafsa Degmaster, 26, and Rajdeep Kaur Minhas, 29, are computer programmers from India who each hold a bachelor's degree in computer science. Minhas also has a master's in information technology.

Yet they both struggled to find jobs in their field after moving to Canada.

Degmaster, who arrived in Saskatchewan two years ago with her husband, a pharmacy assistant, said she was growing frustrated.

"I was giving up and losing hope that I would find a job," she said.

"I was not getting calls or interviews. I don't have professional experience [in Canada] and I had some trouble with my resumé."

So, Degmaster enrolled in the YESS program at the Regina Open Door Society. A counsellor helped Degmaster fix her resumé "according to Canadian workplace culture," she said, then connected her with a six-week job as a website developer at the online marketing firm.

WATCH | The challenges of finding work in Canada: 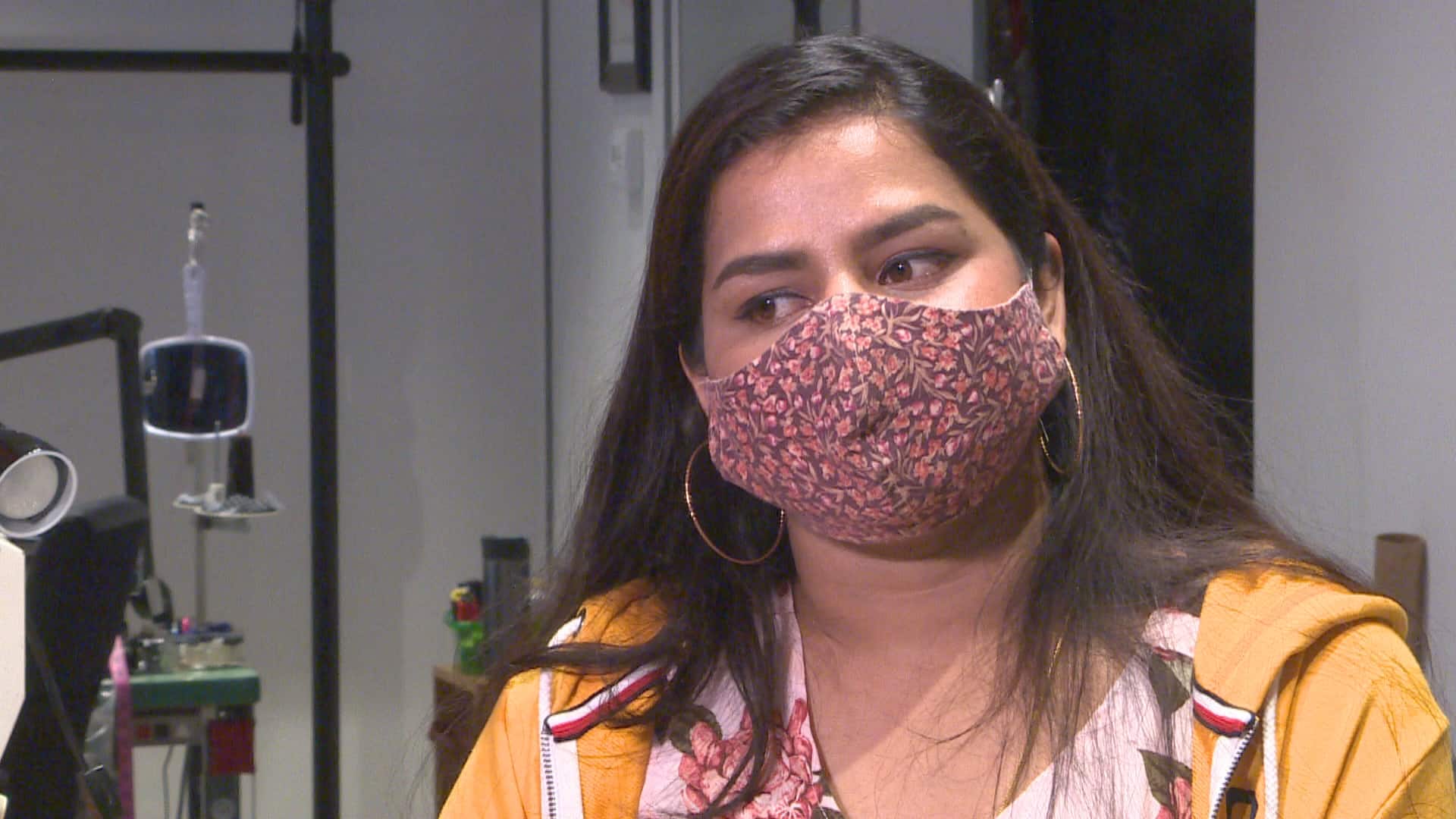 Her new boss, Jeph Maystruck, co-founder of Strategy Lab, was eager to discover new talent arriving in the city and told the Regina Open Door Society to tap him for work placements. He said hosting workers for six weeks is "a really easy way for basically a long job interview."

Maystruck said he generally distrusts the accuracy of resumés and finds they don't convey someone's character.

For his two interns, Maystruck topped up the minimum wage of $11.45 an hour in Saskatchewan — an expense covered by Ottawa — to $15 an hour because he believes that's a more reasonable living wage.

He said that the federal government's contribution made taking interns a low-risk venture for his small company.

"It would be hard for a lot of companies, I could see, just to say, 'Hey we're going to flat out pay someone for six weeks without knowing what's going to happen.' Without that program, I don't know how companies would ever do this," he said.

And now that the work placement has finished, Maystruck's website department has promised both women as much part-time work as possible based on project demands, until they can turn it into full-time employment.

'I didn't expect this opportunity'

If a permanent full-time job doesn't materialize for them at Strategy Lab, Maystruck said he will act as their reference and help them network.

And for that, Degmaster said she is thrilled.

"I am feeling more confident now," she said.

Back at the Dean Renwick Design Studio, production manager Matthew Donnelly said he also finds it difficult to gauge a person's passion and work ethic without spending time with them.

After six weeks of supervising Chinnasamy, he was impressed enough to hire her on part time after her internship ended.

Chinnasamy is working three shifts a week at the company to start, with a promise of more to come, depending on the economy and seasonal demand.

"I'm really very, very happy because I didn't expect this opportunity," she said.