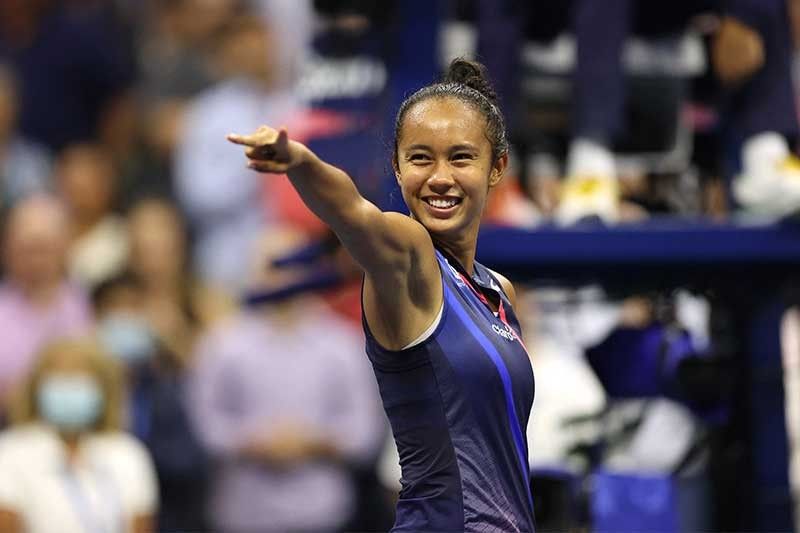 MANILA, Philippines — An outpouring of support has come for 19-year-old Leylah Fernandez during her Cinderella run in the 2021 US Open.

From her home country of Canada, to the fans in the stands of Arthur Ashe Stadium in New York, Fernandez has seen scores of people behind her as she chases her first-ever Grand Slam title when the Final unfurls on Saturday (Sunday, Manila time).

Some of her supporters are from across the globe though, in particular from Ecuador and the Philippines where she traces her roots.

Her father and coach Jorge Fernandez, in particular, saw the backing of the Filipino community.

"I truly appreciate [them] backing up Leylah," Jorge told AFP in a report.

"It's so beautiful. I'm glad that they've embraced her," he added.

Though Fernandez herself was born and raised in Canada, she remains a part of the Ecuadorian and Filipino communities with her father and mother, respectively.

Now, that her fairy tale campaign in the US Open has pushed her out of obscurity, particularly in the Philippines, Jorge is optimistic that her connection with her roots continues.

"I hope that the relationship can only grow between her and her community," said Jorge.

Fernandez will play for the US Open title against fellow teenager Emma Raducanu, who in turn has Chinese roots, on Saturday at 4:00 p.m. in the US (Sunday at 4:00 a.m. in Manila). — With reports from Agence France Presse