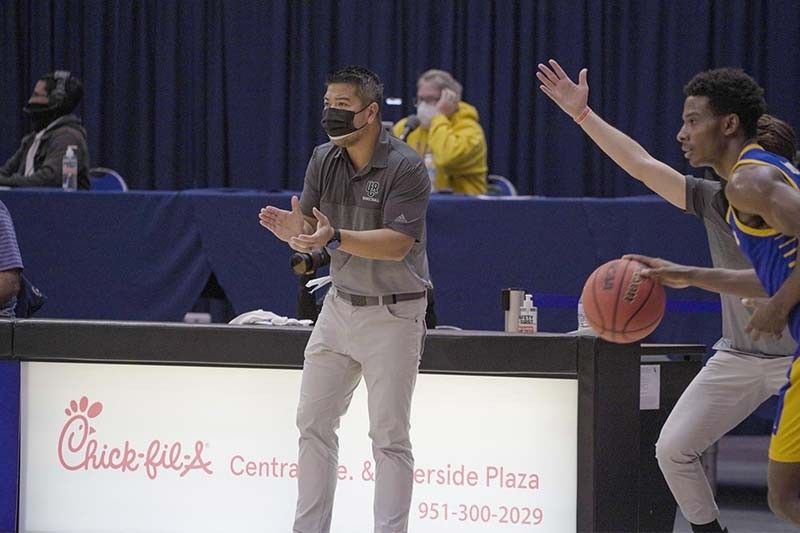 MANILA, Philippines — Filipino-American coach Mike Magpayo will continue blazing the trail as the first head coach of Asian descent in the US NCAA Division I.

This after he signed a five-year extension with the UC Riverside Highlanders, who officially shifted his position to permanent after taking the reigns as interim head coach the previous season.

"We are incredibly pleased with what Coach Magpayo has accomplished this year," said UC Riverside Interim Director of Athletics, Wesley Mallette on GoHighlanders.com.

"Our team's performance on the court was outstanding this season, but even more impressive was Mike's leadership. He and his staff guided this group of young men through the greatest time of uncertainty in our Athletics program's history, and he did it in an unparalleled manner." he added.

Magpayo was able to lead his team to success against the odds during the pandemic-hit 2020-21 NCAA season.

Despite the uncertainty, the 41-year-old led the Highlanders to one of their best seasons in recent memory.

They also eked their first win in the Big West tournament since 2011 when they reached the semifinals.

The success he enjoyed pushed Magpayo to greater heights as a coach, also being feted as the top first-year head coach as the recipient of the Joe B. Hall award.

Despite his already impressive run, the Filipino tactician can only aim for more as he continues his journey with UC Riverside.

“We are committed to building this winning culture and to always operate with a championship standard,” Magpayo said.

“This great young and empowered University deserves a winner and I intend to give it to them." he added.