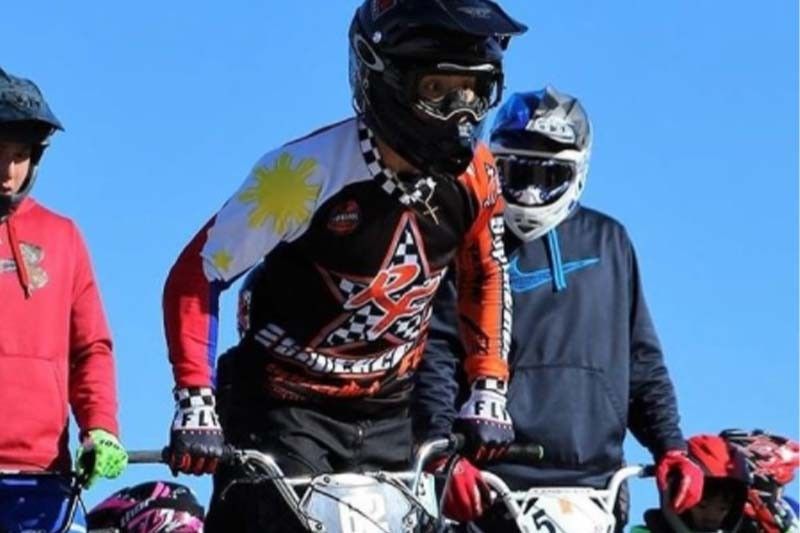 Coo, 19, will carry the weight of the whole of the country’s Olympic hopes on his shoulders as he would be the lone Filipino entry after Olympian Daniel Caluag, who works in the frontlines as a nurse in the United States, begged off due to lack of preparation.

“I am very much motivated and excited to go after that slot [to the Tokyo Olympics],” said Coo, whose father Benjamin hails from Iloilo and his mother Romalyn from Cagayan de Oro.

Coo has been dreaming of emulating Caluag, a Fil-Am BMX star who competed in the 2012 London Games, since childhood.

“When Danny (Caluag) won, I was motivated to race for the Philippines,” said Coo, who first saw Caluag snare a gold medal in the 2014 Incheon Asiad mint as a 12-year-old.

“We are hoping for Patrick to qualify for the Tokyo Olympics not only because of his potentials to become a champion, but because of his passion and movitation — he trains endlessly,” said the Tagaytay Congressman and Philippine Olympic Committee (POC) president.

At a very young age of eight, Coo has claimed his first state championship in California and went on to top four national age group, 12 state and three western division titles in the US.

He’s now eyeing to see action in the biggest stage in the world — the Olympics.

If he makes it to Tokyo along with gymnast Caloy Yulo, pole-vaulter EJ Obiena, boxers Eumir Marcial, Irish Magno, Nesthy Petecio and Carlo Paalam, he would be the youngest Filipino qualifier.